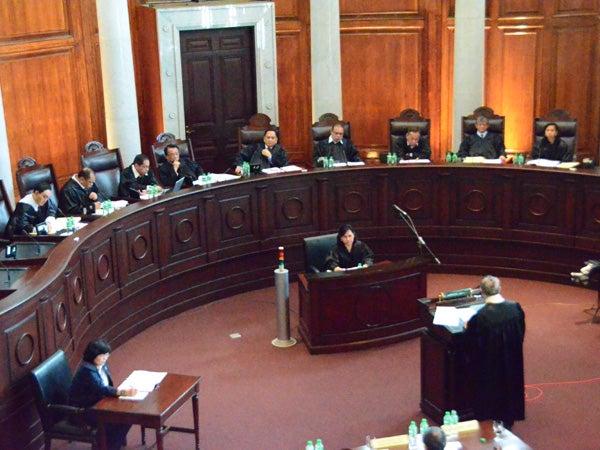 Two senators questioned on Wednesday the high number of vacant positions available in the judiciary as well as the unobligated funds amounting to billions.

“Why do we have around 36,000 (thirty-six thousand) authorized positions and then around 11,000 (eleven thousand) of it were not filled up?” Senate Minority Franklin Drilon said during the hearing of the Senate finance subcommittee on the proposed P31.4 billion budget of the Judiciary next year.

The budget proposal was slightly higher than this year’s P29.8 billion budget.

Deputy Court Administrator Raul Villanueva of the Supreme Court (SC) said that they have a vacancy rate of 25 to 30 percent, majority of which were stenographer positions.

“But the vacancy rate includes previous vacant positions as well as new positions created because of new courts,” Villanueva said.

SC Justice Diosdado Peralta, meanwhile, pointed out that they were having a hard time hiring stenographers, for instance, because most of them prefer to go to either the Congress or private law firms.

“We cannot force them (employees) because their salary here (at the judiciary) is low,” Peralta said.

Senator Loren Legarda, chair of the Senate committee on finance, also expressed concern over the SC’s unobligated funds amounting to P17.6 billion, which the high tribunal has to spend before it expires at the end of the year.

“The SC has P17,610,506 billion unobligated allotments so, of your total budget of P30.2 billion as of June, you have P17.6 billion you have to spend in the next five months,” said Legarda.

Villanueva, responding to Legarda, assured that the SC already created programs where the unobligated funds could be used.

“As per our records, the SC already created programs for items involving infrastructures and purchase of equipment among others,” Villanueva said.

Aside from the unused funds, the judiciary also appealed for additional budget of P570.519 million to cover its maintenance and other operating expenses (MOOE) of P416.379 million and capital outlay (CO) amounting to P154.14 million. JPV