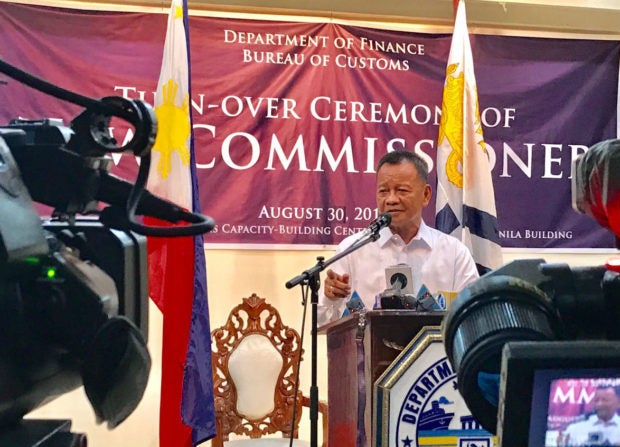 New Customs chief Isidro Lapeña said on Wednesday he is open to abolish the command center (Comcen) his predecessor Nicanor Faeldon created during his term.

“If that is not in the law, it will be removed. The command center will be stricken out,” he said in a press briefing after the turnover ceremony at the Bureau of Customs (BOC) office in Manila.

House dangerous drugs committee chair Rep. Robert Ace Barbers earlier questioned the efficiency of Faeldon’s Comcen during a House probe on the P6.4-billion worth of illegal drugs shipment that slipped past the BOC.

Barbers noted that, “before, we have never heard of billions worth of shabu.”

Faeldon, meanwhile, said the whole office was not under his supervision and attested that the Comcen was more effective than the previous setup.

The Comcen was established under Customs Special Order (CS) 45-2016 and was tasked to provide the commissioner with “intelligence data from all collection districts of the bureau.” IDL