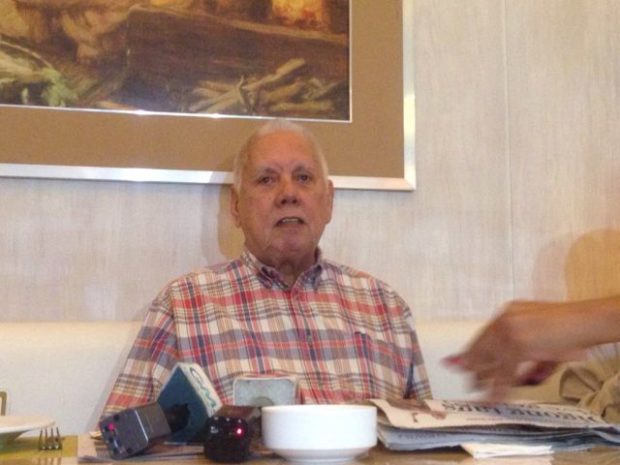 The Ombudsman has suspended Toledo city mayor John Henry “Sonny” Osmeña for one year for grave abuse of authority over his alleged refusal to release the quarterly real property tax (RPT) shares of Barangay (village) Daanlungsod in Cebu.

In a statement on Tuesday, Ombudsman Conchita Carpio Morales said Osmeña was ordered suspended for one year for the administrative offense of grave abuse of authority for refusing to release Barangay Daanlungsod’s P17,733,264.80 real property share for the period covering the last two quarters of 2014 and for the fiscal year of 2015.

Osmeña is also set to face criminal charges before the Sandiganbayan after the Ombudsman found probable cause to charge him with six counts of violation of Section 3(e) of the Anti-Graft and Corrupt Practices Act, Morales said.

Morales belied Osmeña’s justification in his counter-affidavit that he did not release the RPT shares because of a boundary dispute between Barangays Sangi and Daanlungsod pending before the Court of Appeals.

In his counter-affidavit, Osmeña said “it is his duty to protect government funds and properties.”

“Thus when his attention was called on a pending case regarding ownership of the real properties involved in the boundary dispute between the two barangays, he only thought of protecting the city’s public funds,” according to Osmeña’s counter-affidavit.

But Morales in her resolution said the boundary dispute between the two villages “had long been settled,” citing a 2008 decision by the Sanggunian Panlungsod (SP) that became final and executor in 2011 after the Regional Trial Court denied barangay Sangi’s appeal.

Morales said under the Local Government Code, “there is no question that the SP has the jurisdiction to settle or resolve boundary disputes.”

“(R)espondent’s bad faith becomes evident when despite the foregoing circumstances, [Osmeña], without basis, withheld the release of the real property tax shares of the Barangay Daanlungsod which caused the latter undue injury,” Morales said in her resolution.

According to the Local Government Code, “the [RPT] share of each barangay shall be released, without need of any further action, directly to the barangay treasurer on a quarterly basis within five days after the end of each quarter and shall not be subject to any liens or holdback or whatever purpose.”

The Ombudsman directed the Department of Interior and Local Government to implement the suspension order against Osmeña. IDL