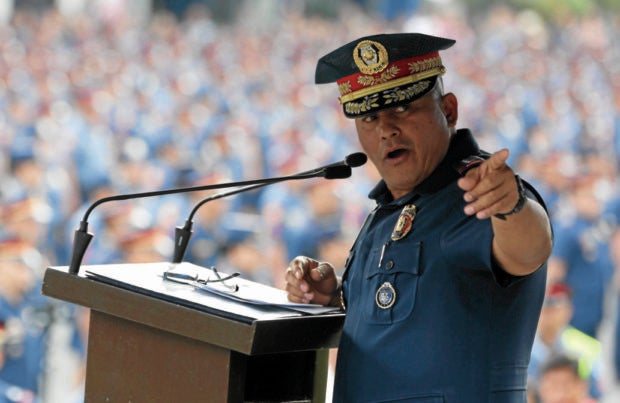 “Hanap pa ako (I’m still looking),” the PNP chief told reporters in a phone interview, saying that Espenido will assume his post in Iloilo City as soon as possible.

(I’ll issue an order ASAP. As soon as he is ready, he’ll still be here in Manila. He’s still transferring his things.)

President Rodrigo Duterte on Monday ordered the transfer of Espenido to Ilolio during his speech at the National Heroes’ Day in Taguig City. The police chief led the drug raid on the Parojing clan in July that led to the death of Ozamiz City Mayor Reynaldo Parojinog and 14 others last July.

Dela Rosa said he was not consulted by the President on Espenido’s new assignment.

Espenido was the police commander of Albuera, Leyte when Mayor Rolando Espinosa Sr. was killed in an alleged shootout in a jail in Baybay City.

Dela Rosa said that Iloilo Mayor Jed Mabilog has nothing to be afraid of when Espenido is the new city police chief unless he is doing something illegal.

“Matakot siya kung meron siyang ginagawang masama. Kung wala, bakit siya matakot sa pulis (He should be scared if he’s doing something wrong. If not, why would he be afraid of the police)?” he said. JE