Espenido, who has been described by some as a scourge of alleged drug lords, led the raids on the houses of the Parojinog clan in July that led to the death of Ozamiz City Mayor Reynaldo Parojinog and 14 others.

Espenido was the police commander of Albuera, Leyte, when Mayor Rolando Espinosa Sr. was killed in an alleged shootout inside the subprovincial jail in Baybay City.

“Your next assignment is Iloilo,” Duterte told Espenido during his speech at the National Heroes’ Day celebration in Taguig City. 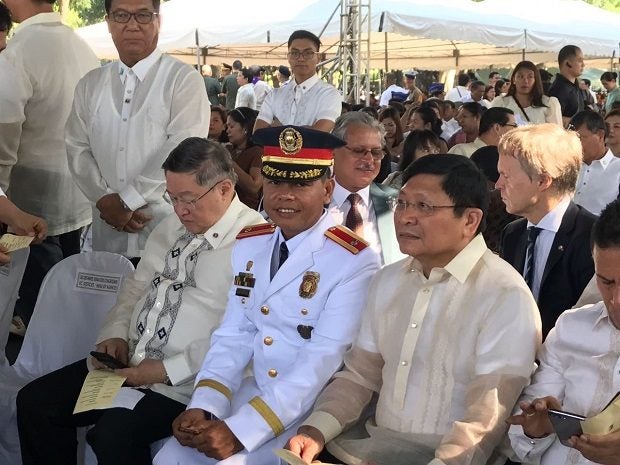 He said Espenido was “free to kill the idiots,” referring to drug suspects and criminals who would violently resist arrest and endanger the lives of policemen.

“I will support you. Then we’ll all go to jail, do not worry. Just follow the rules of engagements, the requirements of the performance of duty, which you have learned in your PNP in all those four years,” Duterte said.

But the President reminded Espenido that “unlawful killing” was not allowed.

“Murder and homicide or whatever — unlawful killing — is not allowed. But in the performance of your duty, tell your man that whenever their life is in danger and they are in the actual performance of a duty, your duty requires you to overcome the resistance of the person you are arresting,” he said.

“Because if he does not, and he resists, and it is a violent one, placing in jeopardy the lives of my policemen, and of course the military, you are free to kill the idiots. That is my order to you. Always in the performance of a duty,” he added.

The chief executive said he hated “to see dead policemen and soldiers performing their duty.”

During the event, the President awarded Espenido with the Magalong Medal, which is conferred on officials and personnel of the government and private individuals who have rendered “extraordinary service or have made exceptional contributions to the success of an activity pursuant to a campaign or advocacy of the President.”

In an ambush interview, Duterte said Espenido requested him to be assigned in Iloilo.

“He’s a dedicated man. He knows his law. So he should replicate his exploits in other parts of the country. He wants to be assigned in Iloilo, I will assign him there,” he told reporters.

The President noted that the mayors involved in drugs died when Espenido was assigned in their area.

Duterte earlier tagged Iloilo as the “bedrock” of illegal drugs in the Visayas. CBB