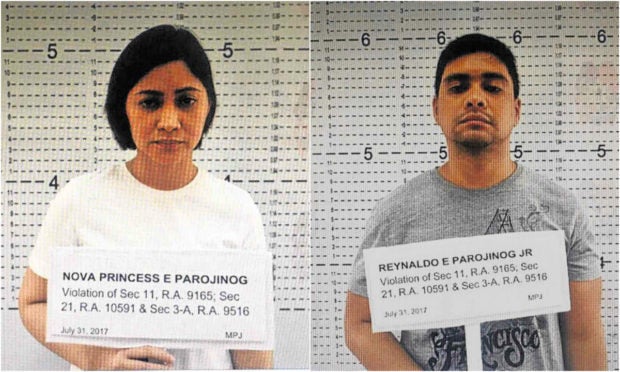 “On the ground of compulsory retirement from public service of the Presiding Judge of this court this month—August 2017, having no more time to hear or try the cases or motions in connection thereof which require or need immediate action as well as for reason of delecadeza in order to preclude doubt or suspicion from both parties concerned …the undersigned hereby inhibits from handling the same,” Dungog said in the order.

Nova Princess is facing a case for violating Republic Act 9165, or the Comprehensive Dangerous Drugs Act of 2002 specifically Section 11 for possession of dangerous drugs. She faces another case for illegal possession of firearms and ammunition in violation of Section 28 of Republic Act 10591, or the Comprehensive Firearms and Ammunition Regulation Act.

The siblings were arrested in a simultaneous raids by the Philippine National Police-Criminal Investigation and Detection Group (PNP-CIDG) in Ozamiz City last month. CBB