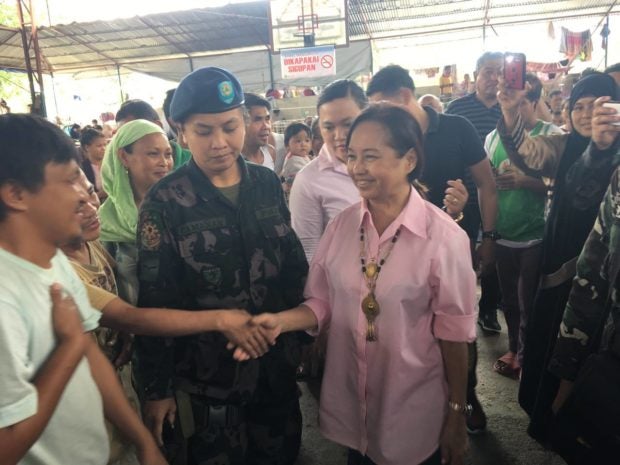 She was accompanied by Iligan City Mayor Celso Regencia and Vice Mayor Jemar Vera Cruz during her visit to the National School of Fisheries in Barangay Buru-un and at the Sta. Elena evacuation center.

There are five evacuation centers in Iligan City sheltering more than 800 families, while another 14,000 families are living with relatives.

Macapagal-Arroyo had her roots to Iligan City as her maternal grandparents lived there in the 1950s. The former president also lived in her family’s ancestral house in Iligan during her childhood.  CBB 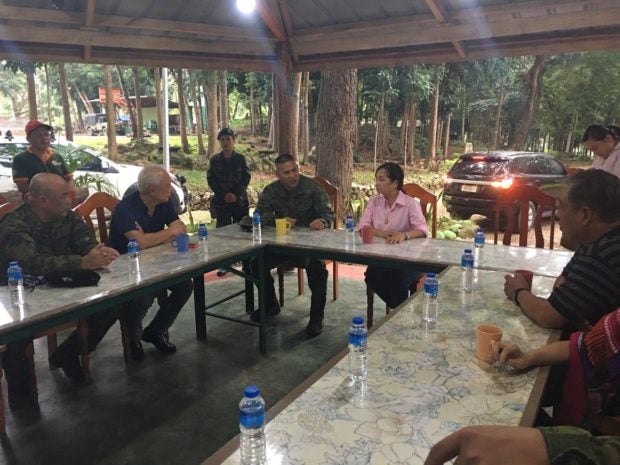 Pampanga Rep. Gloria Macapagal Arroyo meets with local military and local government officials in Iligan City and discusses the situation of evacuees from Marawi City in this photo taken August 27, 2017. FROM THE OFFICE OF PAMPANGA REP. GLORIA MACAPAGAL ARROYO

Read Next
Gabriela: Compressed work week a step backward for labor
EDITORS' PICK
EDITORIAL: To a bike-friendly future
The Best Tech Gifts For The 2022 Holidays
Is it safe to talk politics again at family gatherings? ‘The Reconciliation Dinner’ shows us what that’s like
House energy committee chair Arroyo bats for cheap electricity
vivo’s coming to town to grant wishes with more holiday promos
Pagasa: Warm, sunny Sunday in most parts of PH
MOST READ
LOOK: Vhong Navarro transferred to BJMP detention facility in Taguig
The Elephant Man in the Senate
Posh village as ‘shabu’ haven
LOOK: Zanjoe Marudo bonds with Ria Atayde, her family
Don't miss out on the latest news and information.