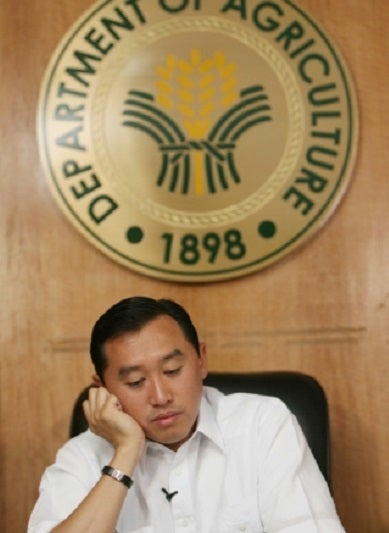 Former Agriculture chief and now Bohol Rep. Arthur Yap on Friday denied his alleged involvement in the pork barrel scam that resulted in the filing of graft and malversation raps against him before the Sandiganbayan.

In a statement sent to reporters, Yap said he has never transacted with the bogus foundations concerning the legislators’ Priority Development Assistance Fund (PDAF) when he was still secretary of the Department of Agriculture (DA).

Yap said he only transferred pork barrel funds to government agencies tasked to implement it as allowed for by law.

“No matter how many cases they file against me, the facts will not change: I never transacted with any NGO for legislator’s PDAF. I only transferred PDAF to another Government Agency for implementation as allowed under law,” Yap said.

Yap said he has two cases dismissed by the Ombudsman already, which was why he was surprised the Ombudsman still filed two sets of pork barrel scam charges against him.

“The Ombudsman has found me innocent in two cases already. I wonder why they are suddenly changing their theory,” Yap said.

Yap and Antonino were charged with graft and malversation in the alleged misuse of P14.55 million PDAF in 2007 coursed through the bogus NGO Buhay Mo Mal Ko Foundation Inc.