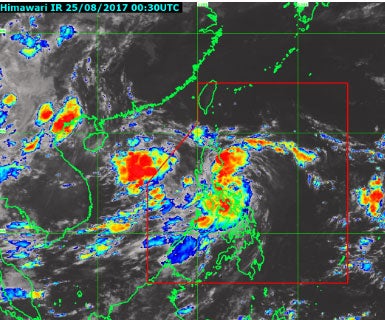 LEGAZPI CITY—Classes were suspended in at least four towns in Albay province on Friday due to heavy rains brought about by Tropical Storm “Jolina” that is affecting the Bicol region, disaster response officials said.

Abundio Nuñez, special operations officer of the Albay Public Safety and Emergency Management Office (Apsemo), said the municipal disaster officials in Libon town declared the suspension of classes in all levels due to threats of flooding and landslide.

Classes in grade school in the village of Ogob in Malinao town were also suspended.