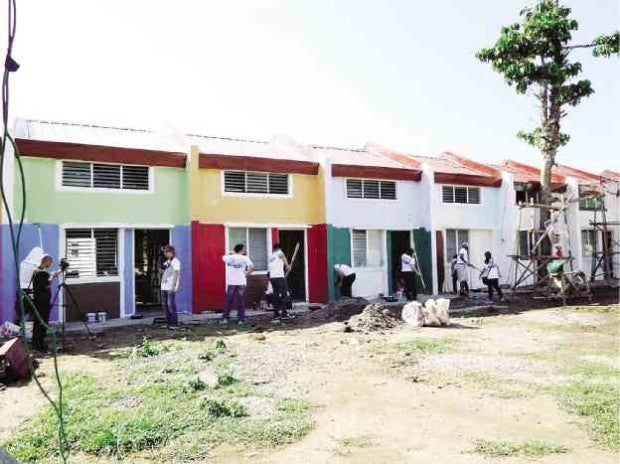 Amid the Duterte government’s push to “build, build, build” infrastructure, a House of Representatives leader is questioning the proposal to cut the budget for the housing sector by 69 percent.

The proposed budget actually cut billions from agencies catering to housing development and resettlement while allocating hundreds of millions for agencies assisting  low-income earners and families.

In a statement, Negros Occidental 3rd Dist. Rep. Alfredo Benitez, the chair of the committee on housing and urban development, said the government should also address the problem of homelessness.

The housing sector is allocated P4.795 billion under the proposed 2018 budget prepared by the Department of Budget and Management. This was much lower than the P15.316-billion budget for the current year.

This was a drop in the bucket compared to the P1.097-trillion budget for the Duterte administration’s flagship “Build, Build, Build” infrastructure program.

“The government’s ‘Build, Build, Build’ program should not just concentrate on transportation infrastructure. Building affordable and adequate homes for poor Filipino families should be part and parcel of our efforts to ensure inclusive and sustainable development,” he said.

He added that more funding is needed for poor and low-income families, particularly those living in informal settlements and danger zones.

The National Housing Authority, which implements housing development and resettlement projects, is set to sustain an 82-percent budget cut. It is only allocated P2.24 billion, compared to the current funding of P12.69 billion.

Benitez said what little budget was allocated to the NHA will be devoted to resettlement of informal settler families and housing for military and police personnel—but not for permanent housing for disaster victims.

Meanwhile, the budgets of the National Home Mortgage Finance Corp. (NHMFC), mandated to provide liquidity to the housing sector, and the Housing and Land Use Regulatory Board (HLURB), which oversees land use planning, would be reduced by 66 percent and 27 percent, respectively.

NHMFC and HLURB would get P500 million and P548.66 million, respectively, lower than the current allocations of P1.464 billion and P749.5 million.

On the other hand, the Social Housing Finance Corp., the lead agency financing housing programs for the low-income bracket, will get a sharp 177-percent budget increase to P773.63 million, from the current P279.02 million.

The proposed P152.83-million purse for the Housing and Urban Development Coordinating Council, which supervises key housing agencies, is 11 percent higher than the current P137.65 million.

The Home Guaranty Corp., which provides financial support for low-income families, will get new funding of P500 million under the proposed 2018 budget.

The House appropriations committee is set to deliberate on the government’s housing agencies this Thursday. CBB