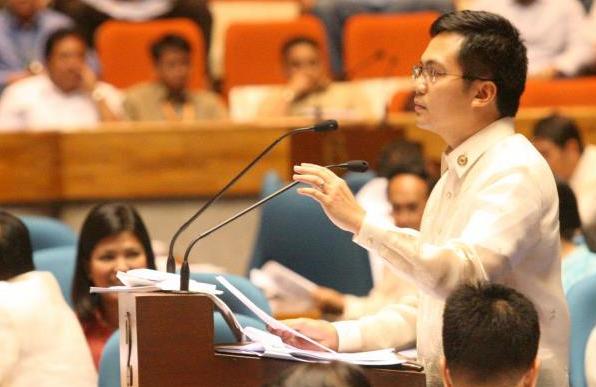 Davao City Rep. Karlo Alexei Nograles, chairman of the House of Representatives appropriations committee, expects last week’s brutal sweep of drug suspects to be invoked at the plenary as a basis to cut the budget of the Duterte administration’s antidrug campaign.

But Nograles, an ally of President Rodrigo Duterte, said it might be argued police abuses should not curtail funding for the administration’s so-called war on drugs.

He said the Philippine National Police (PNP) could argue that abusive personnel could be held responsible for the killings and victims could be given justice without affecting its budget.

“Siyempre, ’yung mga nag-abuso ay mananagot,” Nograles said in a radio interview on Sunday. “But, the abuses ng cops na ito should not hinder the campaign of the government to eradicate drugs in the streets. So, ina-anticipate ko na ganun ang magiging defense.”

(“Of course, the abusive ones would be held accountable. But, the abuses of these cops  should not hinder the campaign of the government to eradicate drugs in the streets. So, I anticipate that would be the defense.”)

Nograles added that reducing the budget to stop the police from committing further abuses would arguably lead to the spread of illegal drugs.

(“If we don’t pursue the President’s antidrug campaign, the worst thing that can happen is of course, illegal drugs would proliferate in the country again.”)

The issue would have to be fought out above the committee level, because Nograles’s panel had concluded its deliberation on the proposed P170.7-billion budget of the Department of the Interior and Local Government (DILG) on Thursday. The PNP is an attached agency of the DILG.

The agencies’ budgets would be debated at the plenary floor beginning Sept. 4, Nograles said. /atm