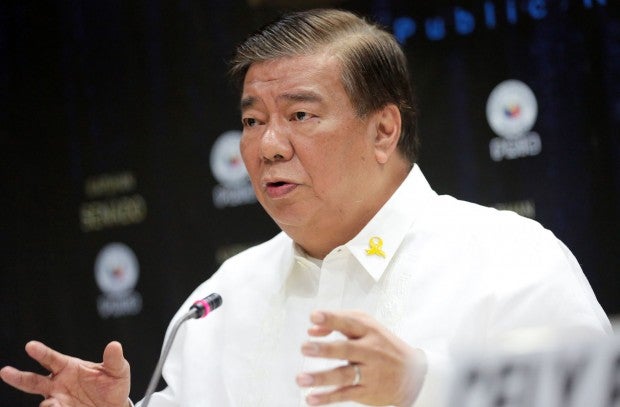 Senate Minority Leader Franklin Drilon lambasted on Sunday a Caloocan city prosecutor’s “personal prejudices” on the killing of a 17-year-old boy in an anti-drug raid, urging Justice Secretary Vitaliano Aguirre to relieve him of his position.

Caloocan City prosecutor Darwin Cañete told Inquirer that the possibility of Kian Delos Santos being “totally innocent boy planted (with) P16,000 worth of drugs” by the police was “too far-fetched.”

Cañete, a Duterte supporter, earlier took to social media his criticisms against the coverage on the killing of Delos Santos in the hands of policemen.

READ: Kian could not be that innocent, says fiscal

“The case is seriously prejudiced by Cañete. His frame of mind and line of reasoning are very disturbing. We must never tolerate such behavior of a fiscal that imperils the administration of justice in the country,” Drilon said in a statement.

With his prejudiced statements against Delos Santos, Drilon said Cañete “cannot be trusted” to fulfill his duties to investigate and prosecute the policemen responsible for the grade 11 student’s death.

Drilon also said Aguirre “should immediately remove Cañete from the case for manifesting partiality and hostility towards the victim.”

“The risk of prejudice is too great in the case of Canete and this behooves the secretary of justice to intervene, if he is intent on fulfilling his job of administering justice in the country,” the senator stressed.

“This would be nothing but lip service if he, in his capacity as Justice Secretary, does not properly respond to Cañete’s public pronouncements,” Drilon said of Aguirre’s order to the National Bureau of Investigation (NBI) to probe Delos Santos’ death and file the appropriate charges against those responsible.

Drilon also pointed out that Cañete may have also violated the Code of Conduct of Prosecutors, which mandates prosecutors to conduct themselves in the “highest ethical standards of fairness, dignity, impartiality, and integrity with a view to preserving and enhancing public confidence in the prosecution service.”

The senator said he would suggest to Aguirre that Cañete be re-assigned to other post like in the Department of Justice’s proper “where he can reacquaint himself with the basics of due process and respect for the rule of law.”

“The administration of justice in the country is better served without the likes of Cañete who are the reason why the public does not trust our justice system,” said Drilon. JE