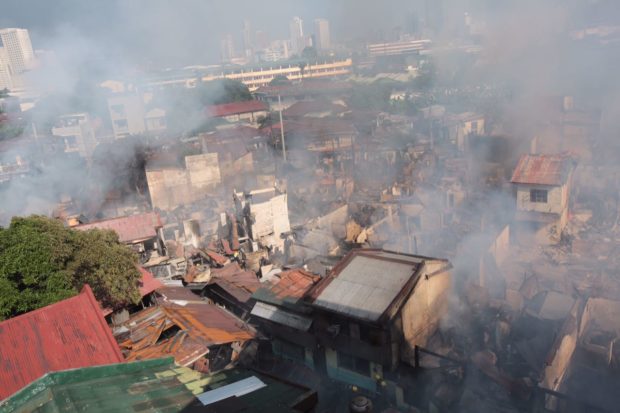 Smoke rises from what remains of about 100 houses that were razed by fire in San Miguel, Manila, on Wednesday, August 16, 2017. PHILIPPINE DAILY INQUIRER / GRIG C. MONTEGRANDE

Hundreds of families were left homeless after fire razed at least 100 houses along Sikat Street in San Miguel, Manila, on Wednesday.

Radyo Inquirer reported that about 200 families were affected by the blaze in Barangay 645.

They are staying along J.P. Laurel Street near Malacañang.

Senior Insp. JL Aaron Caro, chief of the Malacañang Fire Station, said the fire was reported to the station at 3:28 a.m.

The fire reached Task Force Bravo at about 5 a.m. and was declared fire out at 8:16 a.m.

Investigators are still probing the cause of fire. CBB 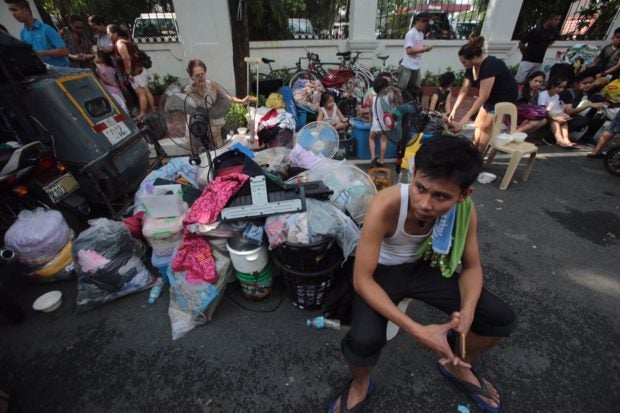