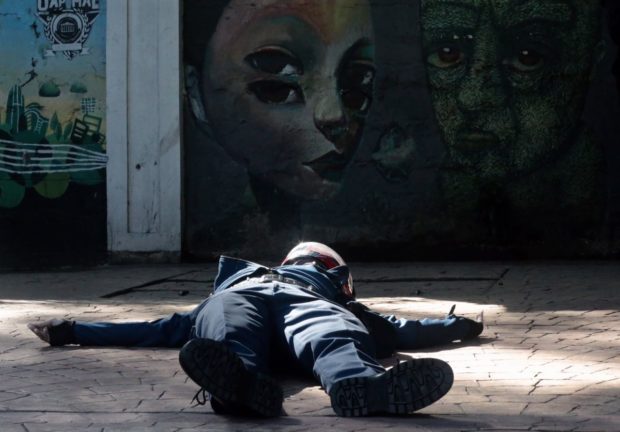 A policeman was shot dead while taking his daughter to school in Manila Tuesday morning.

PO2 Mark Anthony Peñano, 34, was with his daughter on a motorcycle when attacked along Ayala Boulevard near San Marcelino Street, radio dzMM reported. They were reportedly on their way to Emilio Aguinaldo College, where the girl was studying.

Peñano was detailed at the special statistical unit of of the Manila Police District Station 3, dzIQ Radyo Inquirer 990 said.

The daughter said she did not see the faces of the attackers.

About 10 bullet shells from a caliber 45 pistol were reportedly visible on the side street.

The daughter told police that after the initial shooting, the suspects approached her father and shot him again.

A male student was also hit by a stray bullet and was rushed to the Technological University of the Philippines clinic nearby.

According to CCTV footage obtained by authorities, the suspects left the crime scene on two motorcycles. The camera, however, did not capture the actual shooting.

Police investigators are already at the scene.