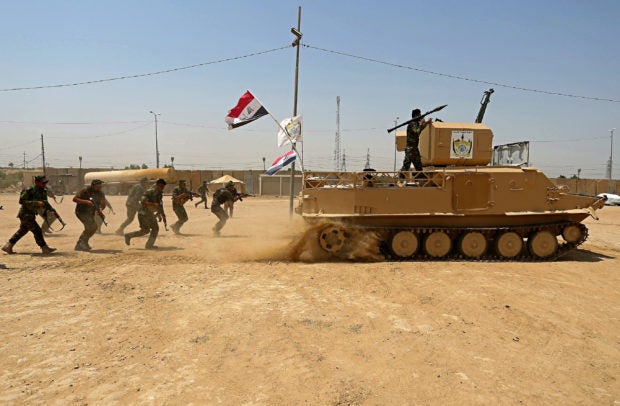 In this July 18, 2017 file photo, Shiite Volunteers fighters of the Imam Ali Brigade, an armed faction with the Iraqi Popular Mobilization Forces, train in their camp in Najaf, 100 miles (160 kilometers) south of Baghdad, Iraq. Iraq’s political, religious and military leaders are debating the future of the country’s powerful Shiite militias after defeating the Islamic State group in Mosul. (AP Photo/Anmar Khalil)

WAM said the helicopter crashed in Yemen’s Shabwa province due to a technical malfunction.

Shabwa has seen U.S. airstrikes targeting Yemen’s local branch of al-Qaida amid the Saudi-led war. In June, the U.S. military’s Central Command said a strike there killed Abu Khattab al-Awlaqi, the emir of al-Qaida in the Arabian Peninsula.

The U.S. considers that al-Qaida faction one of the most dangerous threats to the West.

The Saudi-led coalition began its war in Yemen in March 2015 against Shiite rebels known as Houthis who hold the capital, Sanaa. JPV