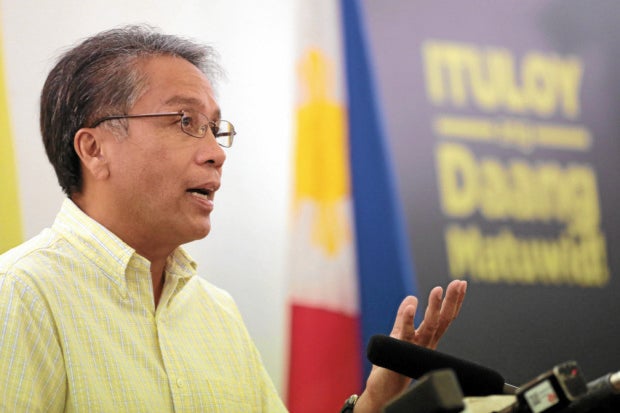 Former Interior Secretary Mar Roxas on Wednesday said the dissolution of the Negros Island Region (NIR) will slow down the development of the two Visayas provinces.

The unification of the two provinces into one region was one of Roxas’s pet programs when he was still the Interior and Local Government secretary.

Duterte, however, issued an executive order (EO) revoking EO 183 which President Aquino issued creating the Negros Island Region to be known as the NIR, supposedly the 18th and newest region in the country.

Few hours after the Palace announced this, Roxas posted on his social media accounts:

“With NIR dissolution, mga Negrense will be traveling farther and spending more for services and Negros Occidental and Oriental development will be slower,” he said.

READ: Roxas backs creation of one region for Negros

Aquino’s EO issued in May 2015 pulled out NIR, which has a population of around 4.5 million, of their respective regions and put them together as one island region.

The DILG under Roxas’s watch earlier said the creation of NIR is expected to improve the delivery of basic services to all Negrenses, increase public investments and boost the local economy of Negros Island.

But Duterte argued in the EO that the establishment of regional offices of departments and agencies in the NIR would “require substantial appropriation to be fully operational, thus, competing with government priority programs and projects for funding.”

The new EO also ordered regional councils and offices to return to their previous units of deployment or to be reassigned to other offices. JE