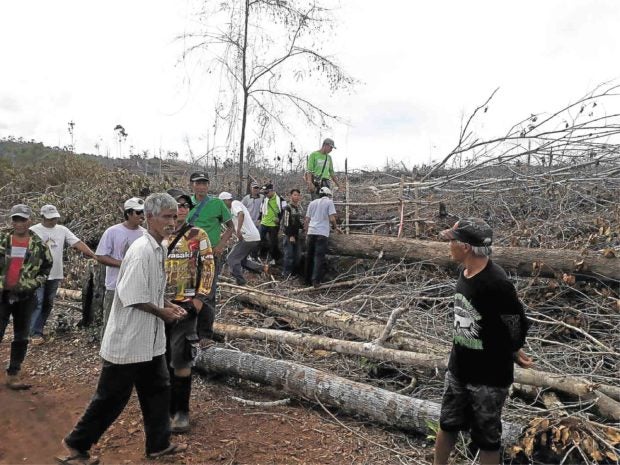 PUERTO PRINCESA CITY — An environment regulatory agency revoked a special permit it issued to a nickel mining company operating in southern Palawan in the wake of controversies hounding the firm.

Ipilan Nickel Corp. (INC), whose operation was suspended by the Department of Environment and Natural Resources (DENR), was stripped of its Strategic Environmental Plan (SEP) clearance by the Palawan Council for Sustainable Development (PCSD) during its monthly meeting last week, according to PCSD executive director Nelson Devanadera.

The PCSD’s action, Devanadera said, came in the wake of complaints and petitions against the company raised by different groups, including the municipal government of Brooke’s Point where it was operating.

The PCSD issues an SEP clearance to all projects that can impact Palawan’s environment, under a special law passed by Congress in the early 1990s. The law, Republic Act No. 7611, in part classifies areas of the province that may be utilized for commercial exploitation and areas, such as natural forests, that can not be disturbed.

On Monday, a Palawan court issued a Temporary Environmental Protection Order (Tepo) compelling INC to stop all its mining activities and start rehabilitating the forest areas that it had recently cleared.

According to Devanadera, a PCSD review of the company’s operations shows that its mining concession is within a natural forest classified under the special law for Palawan as a “core zone” or a “no go” area for mining activities.

“The decision was made during the regular meeting of the PCSD, also because it showed that 90 percent of the mining area [of INC] is a core zone. The law provides that core zones should be protected,” Devanadera told the Inquirer.

In addition to the cancellation of the company’s SEP clearance, Devanadera said PCSD also approved a separate resolution urging Environment Secretary Roy Cimatu to reject the extension of INC’s mineral production sharing agreement (MPSA) that is due to expire next year.

Both resolutions, he said, had yet to be officially communicated to the mining company.

“Ipilan is ordered to undertake immediate rehabilitation measures which include, among others, the restoration of endemic trees and other species in the destroyed forest areas within the aforesaid period,” the order said.

The case stemmed from the company’s forest clearing operations in May that allegedly destroyed around 20 hectares of forest in its concession area.

The Department of Environment and Natural Resources said the operation was illegal since the company’s environmental compliance certificate was suspended and its timber cutting permit canceled.

INC has been facing a string of complaints arising from its recent activities in Brooke’s Point, including illegal logging and alleged bribery of local officials.

INC did not reply to the Inquirer’s request for comments on the resolutions issued by PCSD.

In its previous statements, the company had denied allegations that its forest clearing activities were illegal and that its officials had bribed communities in exchange for endorsements.

INC is also facing opposition from the DENR regional office that initiated the filing of cases against the company recently for illegal logging and illegal road constructions.

“We have recommended to the Mines and Geosciences Bureau and to Secretary Cimatu the company’s MPSA cancellation following the series of violations it committed,” Natividad Bernardino, DENR director for Mimaropa (Mindoro, Marinduque, Romblon, Palawan), said in a text message to the Inquirer.

“I’m happy that we have PCSD council members who are not afraid to rectify the mistake done by their predecessors,” Feliciano said.

INC was one of three mining companies in Palawan ordered suspended by former Environment Secretary Gina Lopez following a nationwide mining audit conducted by the department.

The company’s 25-year large scale mining contract with the government, in the form of MPSA covering close to 3,000 ha in Brooke’s Point, is due to expire next year. The company is seeking its extension for another 25 years.