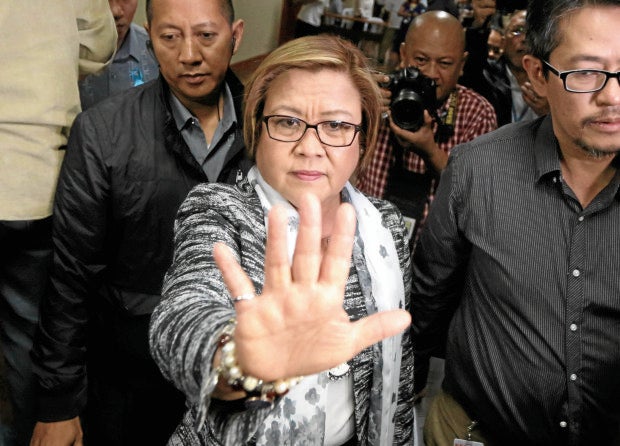 Sen. Leila de Lima has filed a bill to update the grounds for a recall election to stop elective public officials from perpetuating themselves to power.

De Lima, chair of the Senate Electoral Reforms and People’s Participation Committee, filed Senate Bill (SB) No. 1526, amending the provision on the power of recall contained in Republic Act No. 7160 or the 1991 Local Government Code (LGC).

The senator said the Local Government Code provisions on the power of recall has provided a way for local officials to immediately return to power after reaching the term limits provided in the Constitution.

“This is by way of a recall election, where the local executive who already reached a three-term limit can immediately run for the same office in a recall election, without barely a term having lapsed between his last term and the recall election where he is running as a candidate,” she said in a statement released Saturday.

Under LGC, the senator said “registered voters are given the power to recall a local elective official due to loss of confidence, but no recall proceedings can take place within a year from the date of the local officials’ assumption to office or one year immediately preceding a regular local election.”

The collection of signatures from supporters of a local official, she said, was the start of the recall process, and the petitioners could formally file the recall petition before the Commission on Elections (Comelec) upon reaching a sufficient number of signatures.

“A recall election can thus be considered as a circumvention of the term limits mandated by the Constitution, especially if the official who already reached a three-term limit run for election and get his old post back,” she said.

Under Article X Section 8 of the Constitution, she said the term of office of elected local officials should be three years and that no person shall serve for more than three consecutive terms.

The senator proposed an amendment for LGC’s Section 75, saying that in the event of a recall election, line item appropriation for the conduct and supervision of recall election under Comelec’s budget program category may be used to answer for all expenses incidental to recall elections. JPV