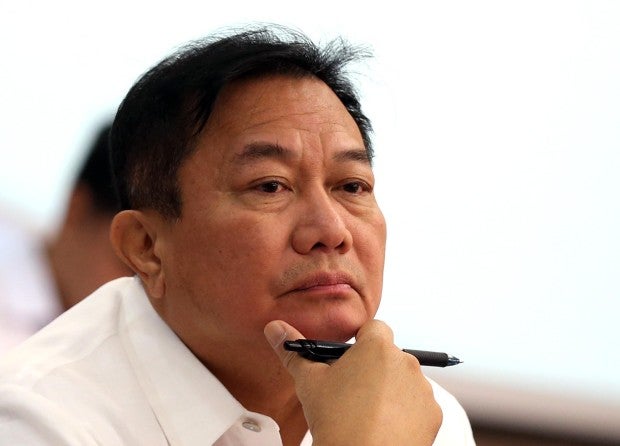 Speaker Pantaleon Alvarez on Wednesday denied that he lobbied for the promotion of a certain Bureau of Customs official Sandy Sacluti, adding that the latter is only “overqualified” for the job.

Alvarez said he recommended Sacluti because he is merely “overqualified” for the job.

Alvarez denied lobbying for and knowing personally the customs official, adding that Sacluti went to his office and asked for a recommendation, which the Speaker duly gave upon assessing his qualifications.

Alvarez’s supposed lobbying for Sacluti, who was later thumbed down as unqualified for promotion, prompted a tiff with Customs Commissioner Nicanor Faeldon and his chief of staff Mandy Anderson.

Alvarez’s supposed lobbying for the customs official apparently prompted Anderson to call the Speaker an “imbecile” in a Facebook post, which earned Anderson a dressing down by lawmakers in a previous House hearing.

Anderson accused Alvarez of having the latter’s aide call the customs lawyer to tell her to “bring hell” to Anderson and Faeldon. Alvarez denied this.

Faeldon stood by his chief of staff. Alvarez and his allies later called on Faeldon to resign from his post due to a P6 billion shabu shipment which were smuggled through the Bureau of Customs’ green lane.

In the News to Go interview, Alvarez scored the Bureau of Customs for the non-promotion of the career employees because of favored appointees, which he said constitute violation of civil service laws.