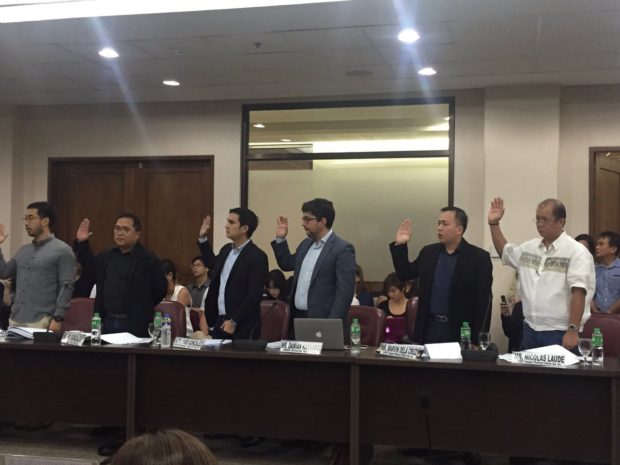 Land Transportation Franchising and Regulatory Board (LTFRB) chair Martin Delgra III on Wednesday said he is “shocked” to learn of the number of Uber and Grab vehicles plying the roads of Metro Manila which the transportation network vehicle services (TNVS) companies earlier did not reveal.

During a transportation committee hearing at the House of Representatives, Delgra expressed shock at the numbers provided by Uber and Grab on the number of ride-hailing and -sharing vehicles operating in Manila.

Asked by lawmakers on the number of vehicles operating under Uber, Uber Philippines government relations and public policy head Yves Gonzalez said there are 66,000 Uber cars which had travelled at least one trip for one year.

Of the 66,000 Uber vehicles, 2,500 have provisional authority from the LTFRB, while there are 1,000 with pending extension of this authority.

Grab Philippines country head Brian Cu for his part said of the 52,398 Grab cars, only 3,000 to 4000 have provisional authority from the LTFRB.

Delgra lamented that Uber and Grab during a previous hearing with the LTFRB said each of these companies only have 28,000 vehicles plying Metro Manila streets.

“During the July hearing, they have about 28,000 more or less each. And today, they’re saying twice or more than twice as many. That’s why we say we are shocked,” Delgra said.

“The number we heard today… These are the data we’ve been trying to get since last year, because we need to understand precisely the issue of accountability,” he added.

Uber’s public policy director Damian Kassabgi for his part said as much as 60 percent of Uber drivers do not go full time, and that only less than 10,000 vehicles drive for the ride-sharing services at any point.

He said the sheer number of registered Uber vehicles in Manila does not mean it is equivalent to one ride-sharing car per one taxi, belying criticisms that the deluge of transportation network service vehicles worsened the traffic in the metropolis.

“We seem to be getting stuck to the numbers, this and that. I want to make it clear, that one taxi is not equivalent to one ride sharing car… What’s relevant is how many cars are at any one point,” Kassabgi said.

He added that Uber only deploys enough number of vehicles to meet the riders’ demand.

“60 percent of our drivers do not see themselves as full time drivers. Many drive for less than 10 hours a week. One taxi car is equivalent to one ride sharing car is simply not true.. It’s important not to get stuck on the numbers here,” he added.

Cu added that Grab only deploys enough vehicles to meet the demand numbering around five percent.

“As of now the numbers we accredited, they don’t ply the roads on an hourly basis…. If we don’t grow supply by three percent a week, then there would be passengers who would not get a ride,” Cu said. IDL