NPA on Guihulngan attack: We did it 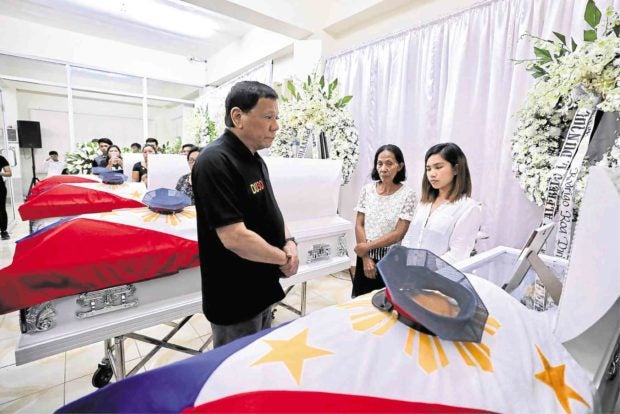 BACOLOD CITY — The communist New People’s Army  (NPA) owned up to the ambush that killed six policemen and a civilian in Guihulngan City in Negros Oriental province on July 21.

In a statement released almost two weeks after the ambush, JB Regalado, spokesperson for the NPA’s Leonardo Panaligan Command, said the attack stemmed from the people’s demand for justice on supposed abuses committed by the police and Guihulngan Councilor Edison dela Rita.

A group of NPA rebels first attacked Dela Rita while he was heading to his farm in the village of Magsaysay in the morning of July 21. His security aide, Michael Jambalos, was killed while the councilor and his driver were wounded in that attack.

NPA rebels, however, ambushed the policemen, killing Arpon and five others, and wounding three of their colleagues.

Regalado accused the Guihulngan police of conducting illegal arrests, torture and killings in the area. He said policemen were also tapped as guns-for-hire and as protectors of drug lords, among others.

The NPA, in the statement, belied claims that the rebels committed human rights violation by staging the ambush, saying the policemen were legitimate targets.

The rebels also seized 17 firearms and bullets from the slain policemen. Among these were nine assault rifles, eight pistols and more than 1,000 rounds of bullets.

President Duterte scrapped the peace negotiations with the National Democratic Front of the Philippines following the Guihulngan ambush.