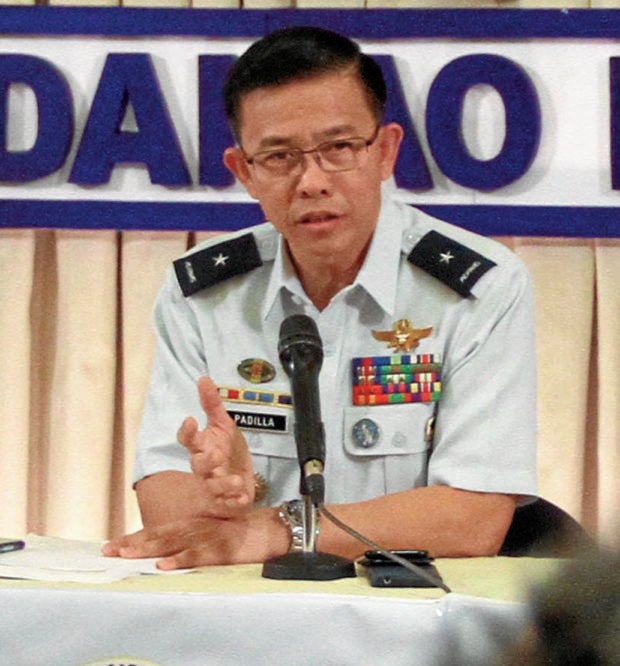 Government forces have captured a key bridge leading to the main position of Islamic State-inspired terrorists in Marawi City but will not use it to launch a major assault and instead press efforts to rescue civilian hostages, the military said on Monday.

Troops gained control last week of Mapandi bridge, which leads to Marawi’s commercial center, where just 40 to 60 remaining terrorists from the Maute and Abu Sayyaf groups are believed to be holding 80 to 100 civilian hostages, mostly in a large mosque, according to Brig. Gen. Restituto Padilla Jr., spokesperson for the Armed Forces of the Philippines.

“We now have access to ground zero,” Padilla said at a news conference in Malacañang, referring to the bridge over Marawi’s Agus River.

The bridge can now be used to rapidly transport troops and combat supplies to the war zone, but Padilla said the military’s main objective was “to rescue the hostages.”

President Duterte has ordered troops to ensure the safety of the hostages and not launch a massive assault that can endanger the captives even if that prolongs the terrorist siege of Marawi, which has already dragged for more than two months.

A total of 650 people have died in the fighting—491 terrorists, 114 soldiers and police, and 45 civilians—since the terrorists stormed Marawi on May 23 to establish an enclave of the Middle East-based Islamic State (IS) jihadist group in Southeast Asia.

Defense Secretary Delfin Lorenzana expressed fears on Monday that the terrorists, who have been using their hostages as human shields, may force some of the captives to serve as suicide bombers.

“That’s one of the fears of our soldiers—[the terrorists] may let loose the civilians but force them to carry bombs,” Lorenzana said.

Padilla said the terrorists were holed up in buildings in two villages within a square-kilometer pocket of the city center.

There are around 500 buildings in the area that troops have to clear of booby traps and unexploded ordnance, further slowing down the campaign to retake the city from the terrorists, Padilla said.

The terrorists have left so many improvised explosive devices and unexploded ordnance, slowing down the clearing operation, he added.

Padilla said troops were risking their lives in clearing the buildings but the job had to be done to prevent loss of life and limb from explosions when residents returned to the city after the crisis.

More than 104,000 families, or 467,000 people, have fled their homes to avoid getting trapped in the fighting. They are staying in government-run shelters in Iligan City and surrounding areas.

Only residents of villages outside the city have been allowed to return to their homes, he said.

“Some Marawi residents tried to return to the city, but we had an incident where a returning resident was hit by a stray bullet. Good thing the resident did not die,” Padilla said.

The return of faculty and students to Mindanao State University has also been delayed, as the school remains vulnerable to stray bullets, he said. —Reports from AP and Philip C. Tubeza