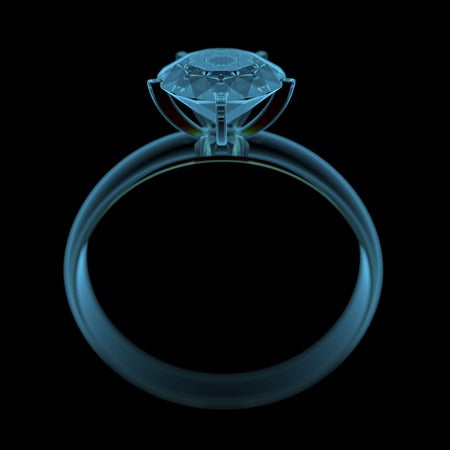 Thieving individuals nowadays will do everything to get away with such acts, including swallowing certain valuables.

A Jordanian man in Hong Kong was found guilty of theft, after X-rays showed “crystal-shaped objects” in his stomach.

According to the South China Morning Post, the 22-year-old unidentified suspect ingested a total of 10 diamonds and three rings worth around a whopping HK$60 million (over P388 million) from a safe in the office of M & B Diamonds in Central, Hong Kong.

Authorities revealed that the man came all the way from the Middle East and posed as a prospective buyer after contacting the store owner on Instagram.

The man scouted the place twice on Thursday morning and returned in the afternoon, where he attacked a female employee who refused to give out the safe’s password.

The man eventually found a key to open the safe, but triggered the security alarm which locked him inside the premises and tipped off the police.

“He failed to unlock the front door and as he heard someone trying to open it from outside, he swallowed part of the haul with water behind the reception counter, before hiding in a store room,” a source present in the crime scene told the news outlet.

The police also discovered the beaten employee who pretended to be unconscious inside the store room, the report said.

Aside from the impressive haul he swallowed—which includes a  30-carat diamond—the man was also found with eight diamonds on hand and some cash.

As of this writing, the stolen jewelry remains inside the man, while medical officials are waiting for him to discharge it. Khristian Ibarrola/JB

Read Next
Morales snaps at critics: ‘I am not a coward’
EDITORS' PICK
86% of COVID-19 patients at PGH unvaccinated, says spokesman
The vivo V21 drops its price to equip the influencer in you
Why REIT investment makes sense
NCR’s COVID-19 cases rise by 65% in past week; Pateros, Malabon at critical risk
Smart reaffirms dominance as the Philippines’ fastest 5G mobile network
Group vs COVID-19 vaccines planning mass protest? Not during ECQ, says Eleazar
MOST READ
‘Hatid-sundo’ for APORs not allowed during ECQ — PNP
Pacquiao seeks PNP’s help, wants ‘forged’ PDP-Laban memo probed
Sex toys to tea: Taiwan celebrity loses China endorsements in Olympic row
Anxiety over paltry lockdown aid: ‘We will die of hunger’
Don't miss out on the latest news and information.