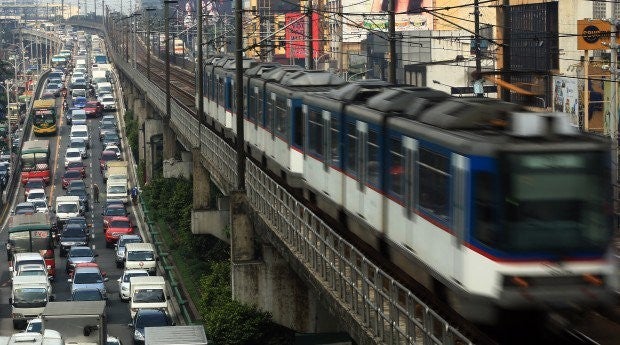 MANILA — Busan Universal Rail Inc., has cited the “inherent design and quality concerns” of Metro Rail Transit Line 3 as the cause for its continued breakdown even after the firm took over its maintenance in 2016.

This was in response to the Commission on Audit’s annual audit report, where it called out the Department of Transportation for the increase in instances of inconvenience after BURI’s maintenance contract took effect in January 2016.

In a July 20 letter to COA, BURI said the MRT’s issues did not involve simple matters of wear and tear or poor maintenance works.

“Serious issues with the system’s design and quality should be considered relative to train reliability, as they directly affect the system’s current performance and further aggravate the system’s already deteriorating condition,” BURI said.

The firm added that such issues have caused serious glitches since the beginning of MRT’s operations.

“Even diligent and regular preventive and corrective maintenance cannot completely eliminate glitches brought about by design and quality issues,” it said.

Such design issues include the excessive lateral movement of the light rail vehicles, the short delay time of the onboard automatic train protection equipment, the underrated capacity of the air-conditioning unit, and the poor quality of line contactors, couplers, bogie frames and tracks.

This has led to the failure of electrical, electronic and mechanical parts, BURI said.

The letter also addressed COA’s observations of increased incidents in its June 23 report.

On a related matter, BURI told COA that it should not be replaced as the contractor for the total replacement of the MRT signaling system.

“There will be more wastage in government funds which is tantamount to criminal neglect if DOTr pursues termination through convenience, as goods and services BURI has [already] procured… should legally and contractually still be paid for by DOTr despite the non-completion or termination of the project,” BURI reasoned out.

COA in its audit report recommended that DoTr determine if BURI’s explanations deserve credence and consider engaging an accredited expert to independently assess its performance efficiency.

COA had reported that the accomplishment rate of the total signaling replacement was only 6.85 percent by the end of 2016, even as the completion date of May 31, 2018 has been set.

Busan had blamed the DOTR for its failure to conduct a timely evaluation and approval of its designs.  It also claimed that the true accomplishment rate was 51.7 percent.  SFM