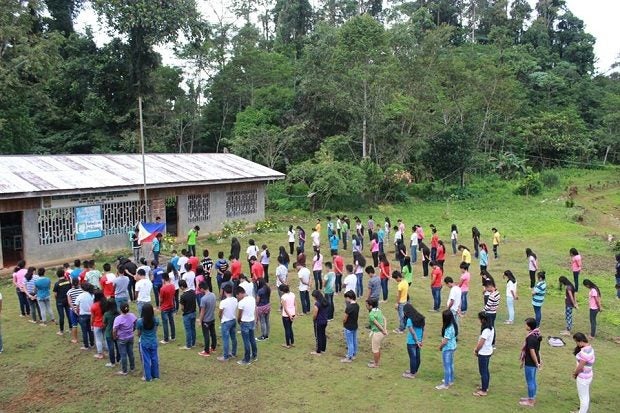 A nongovernment organization (NGO) took exception Thursday to President Rodrigo Duterte’s claim against lumad schools that operate illegally, which he threatened to bomb for teaching subversion and communism.

“You are claiming that our Lumad schools are illegally operating so you can justify the attacks on our schools and threaten us to bomb our communities,” said Alternative Learning Center for Agricultural and Livelihood Development Inc. (ALCADEV Inc.) in a Facebook post.

“We suggest you check first with your agencies we’ve coordinated with since time immemorial,” said ALCADEV, attaching with its post several certificates from the Department of Education (DepEd).

Duterte, at a press conference after his second State of the Nation Address on Monday, threatened to bomb lumad schools operating “illegally.”

The President did not specify any group but tagged those that are “teaching subversion, communism.”

“I will use the Armed Forces, the Philippine Air Force. Talagang bobombahan ko … because you are operating illegally and you are teaching the children to rebel against government. May kalokohan kayo, eh di mas lalo na ako,” Duterte added.

According to the documents attached, ALCADEV is a Securities and Exchange Commission-registered non-government organization (NGO) “which manages a secondary alternative school specializes in agriculture and skills development for the indigenous people (Lumad-Manobo Tribe) and agrarian communities in the province of Surigao del Sur.”

A document, dated February 17, 2016, also states that they have access to Accreditation and Equivalency (A&E) Program of the Alternative Learning System (ALS) of the DepEd, Surigao del Sur division.

“We aren’t just permitted by the government. We are also recognized for being outstanding,” ALCADEV added in a separate post showing a trophy from the 2014 National Literacy Awards.  CBB/rga