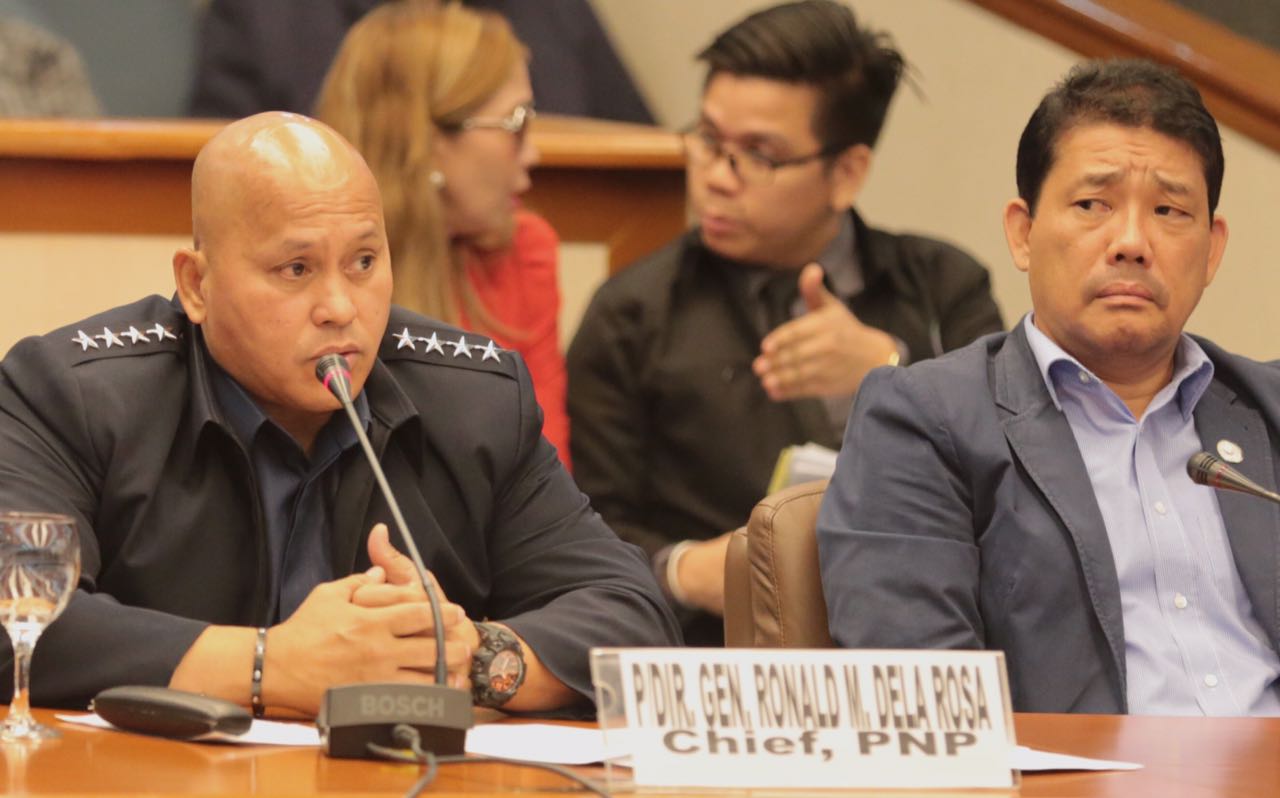 Dir. Gen. Ronald “Bato” dela Rosa, chief of the Philippine National Police (PNP) on Wednesday dismissed allegations of “covering up” for Supt. Marvin Marcos and 18 other police officials on their liability in the killing of Mayor Rolando Espinosa Sr. of Albuera, Leyte.

“Cover up? We filed a case against them, didn’t we?,” Dela Rosa told reporters in Filipino. “How can we cover up? Maybe if we didn’t file a case, then there’s a cover-up.”

“We followed the process. We followed due process,” he went on, still in Filipino. “So, if you’re talking about a coverup, right from the start we would not have filed a case. Then there might be a coverup. But here we let the Department of Justice take care of the criminal case. I don’t see any cover-up there.”

The Senate committees on public order and drugs, and justice and human rights probed on Wednesday the controversial reinstatement of Marcos and 18 other police officials linked to Espinosa’s death.

Earlier, Senators Panfilo Lacson and Franklin Drilon questioned whether the administration was protecting Marcos and other police officers, allowing them to be reinstated into the service and letting them post bail.

But Lacson, in an ambush interview after the hearing, said: “What this hearing confirmed is the conspiracy to cover up the liability of Superintendent Marcos,”

Drilon agreed, saying: “Instead of being able to explain what happened, it’s obvious in the hearing today that there’s a deliberate cover-up in order to allow Superintendent Marcos and group to be reinstated and to be able to post bail.”

According to Dela Rosa, since Marcos and his men had posted bail, their leave of absence from service was lifted, bringing them back to full duty status.

Because of that, he said, “They can be assigned anywhere. Being the chief PNP, I have the power to use all the resources within the PNP organization.”

He said there was a shortage of police officers in Mindanao. That was why he assigned Marcos there.

Asked why Marcos was reinstated to the Criminal Investigation and Detection Group (CIDG), Dela Rosa said: “They’re not relieved from CIDG… They should be back to their mother unit. That is their mother unit, CIDG.”

The PNP chief also revealed that Duterte had earlier told him to put Marcos and his officers back to work so that the salaries given to them would not be a waste of the government’s money. –Christia Marie Ramos, trainee /atm