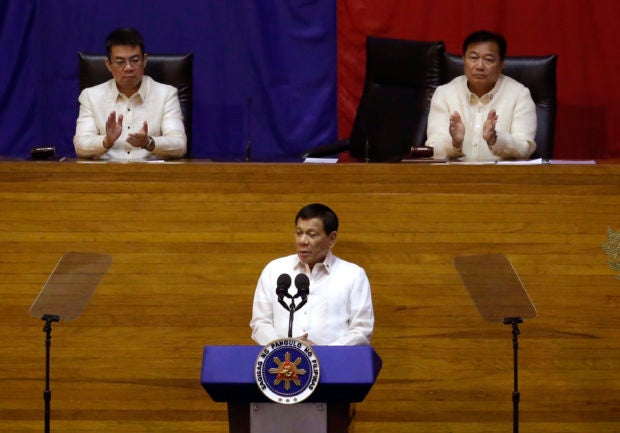 CITY OF SAN FERNANDO — Therapeutic abortion, or the medical procedure that terminates pregnancy to be able to save the life of a woman, is allowed in the Philippines, according to a women’s health group.

The group made the statement in reaction to the anti-abortion posture President Duterte expressed in his State of the Nation Address on Monday.

“In Philippine jurisprudence, it is recognized that therapeutic abortion is allowed to save the life of the woman,” lawyer Clara Rita Padilla, EnGendeRights executive director, said.

“In law, practice and policy, therapeutic abortions are allowed,” she asserted.

Among the female ailments or medical conditions for which abortion may be conducted are dwarfism, hypertensive disorders, tuberculosis, diabetes, bronchial asthma, goiter, HIV, malaria, severe anemia and malnutrition. These are illnesses that are more difficult to prevent among poor, rural and young women, Padilla said.

“Pregnant women who are less than 18 [years old] or [older] than 35 years of age, have a fourth or more children, are battered by their husbands or partners, and have spinal metal plates, may die from complications from pregnancy and childbirth and may need access to safe abortion to save their lives and prevent life-long disability,” she said.

Women who suffered rape and incest often resort to unsafe abortion, according to Padilla.

“Abortion is common in the Philippines with about 70 women inducing abortion every hour. Due to lack of access to safe and legal abortion, three women die every day from unsafe abortion complications and 11 women are hospitalized every hour,” Padilla said.

EnGendeRights has campaigned for safe and legal abortion to save the lives of women.

Padilla said one of the first judicial rulings on abortion was the Supreme Court decision in the 1961 case of Geluz v. CA. The court tackled this controversial topic when the doctor who performed an abortion on a woman was sued for damages by her husband.

According to Padilla, several countries where Catholicism is widespread have liberalized laws on abortion, leaving the Philippines as “one of a handful countries worldwide which continue to penalize their women and adolescent girls for having abortions.”  SFM