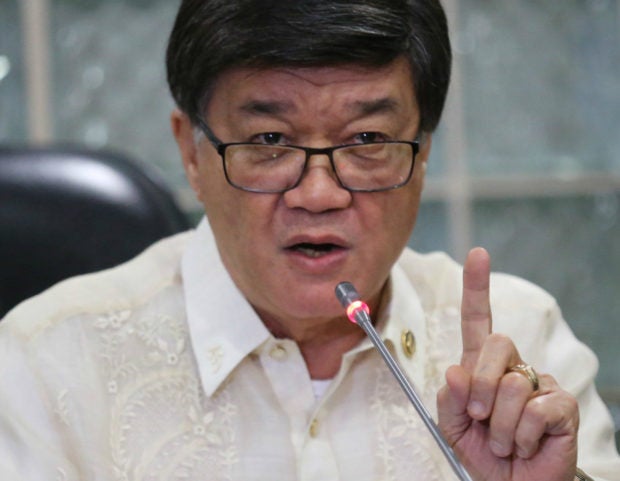 Justice Secretary Vitaliano Aguirre II on Tuesday said leaders of the National Democratic Front of the Philippines (NDFP) earlier released from jail on provisional bail should be arrested again following the cancellation of the peace talks.

“I agree with the OSG (Office of the Solicitor General),” Aguirre said. “Their release was temporary and preconditioned on the peace talks. If the peace talks will no longer be pursued then they should go back to jail.”

There are 20 NDFP consultants, including spouses Benito and Wilma Tiamzon, who were released on bail for the peace talks.

Aguirre said the NDF leaders could not invoke the 1995 Joint Agreement on Safety and Immunity Guarantee (JASIG), which gave them immunity from arrest. He pointed out that it was already superceded by the Supreme Court ruling in August last year granting them bail.

The DOJ chief said it would be up to the OSG to file the necessary motions in court for the bail cancelation.

President Rodrigo Duterte announced the cancellation of the talks following the ambush of a convoy of presidential guards and other attacks made by the New People’s Army.

According to Aguirre, the immigration lookout bulletin order (LBO) issue by his office against the 20 NDFP leaders last February remains valid, which means they will not be allowed to leave the country.

Aguirre said, however, that the conditional pardon granted by Duterte to 10 convicted communist leaders and members would remain.

“That pardon cannot be recalled because of the cancellation of peace talks,” he said.

The pardon grant released by the Office of the President last July 7 came with conditions, including reporting to their chief parole and probation officer at least once a month, allowing visits from the Philippine National Police provincial director in their area of residence, and no change in their residence during the period of parole without obtaining consent from authorities. /atm