Protesters march for 4 days to confront Duterte on ‘endo’ promise 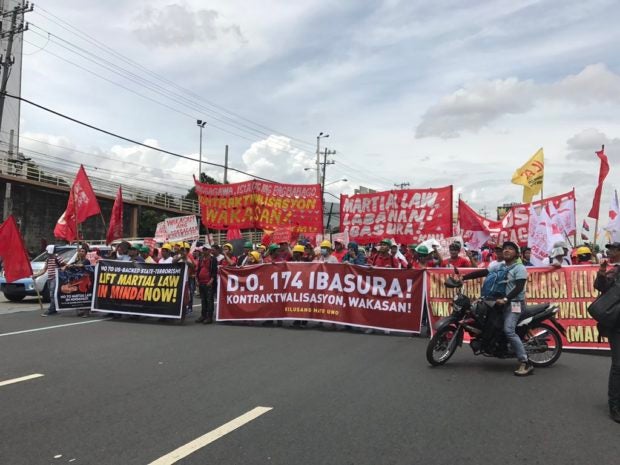 Hours before the second State of the Nation Address (Sona) on Monday, members of Bagong Alyansang Makabayan Southern Tagalog (Bayan-ST) criticized Duterte for “doing nothing” on the practice.

Activists marched for four days from Laguna to Manila to bring their demands to Duterte, just in time for the second State of the Nation Address (Sona).

Carson said that some 24,000 workers in the region are yet to be regularized by different companies as ordered by the Department of Labor and Employment (Dole).

The spokesperson said that Dole Order 174, which issued guidelines on labor contracting, only “threatened” the jobs of the laborers.

During the campaign, Duterte vowed to end contractualization, saying it “will kill Filipino skill.” IDL/rga