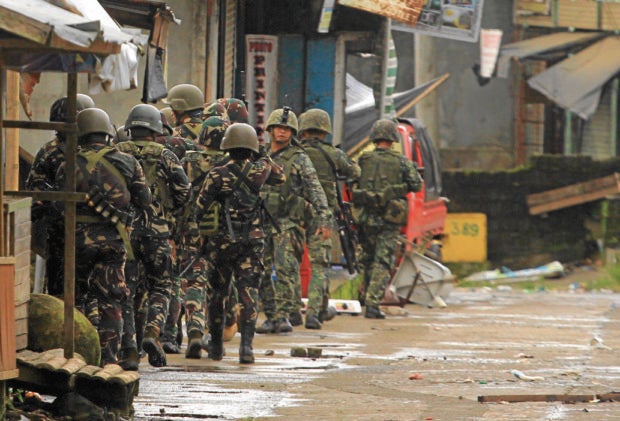 In this July 12, 2017 file photo, the Philippine Amy and the Philippine Marines join forces as they assault the terrorists’ position in Mapandi, Marawi City. (PHOTO BY RICHEL V. UMEL / INQUIRER MINDANAO)

ILIGAN CITY — Nine soldiers were killed while 49 others were wounded  in a firefight with Islamic State-inspired terrorists in Marawi City on Friday (July 21).

Some of the soldiers were wounded in Friday’s fighting.

Galvez refused to comment when asked if the attack also involved a car bomb, saying it was an “operational matter.”

Abdullah Maute, one of the leaders of the terror group, earlier warned of more attacks in Marawi and Iligan Cities.  SFM