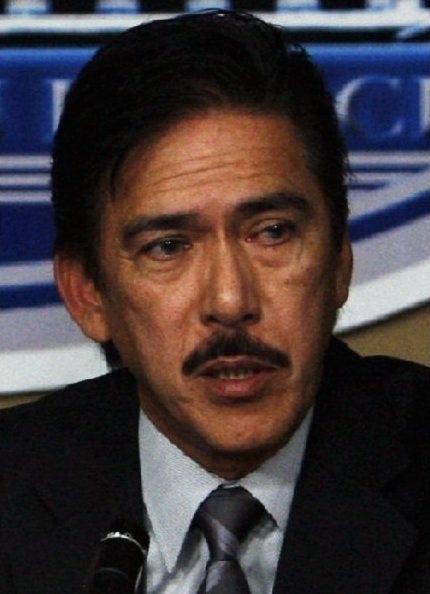 MANILA — The Maute Group has aligned with three other groups to sow terror in Mindanao and had planned to seize schools in Zamboanga areas and Jolo, and take grade school children there as hostages, Senate Majority Leader Vicente Sotto III said.

Sotto, a reserved Philippine Army officer, said he got the intelligence information from his sources and that he expected the military not to confirm this report.

That was why when President Duterte met with senators along with some congressmen last week to pitch for an extension of martial law in Mindanao, he said he understood the Chief Executive when he told them of the seriousness of the problem of the Maute Group which had taken siege of Marawi City last May 23 and which government forces have been doing battle with to this day.

“The President told us that: “This is no longer a problem of Marawi. We are almost able to contain Marawi but they (Maute)  are going to branch out,” Sotto said in a phone interview.

He said that they suspected ISIS has been backing the Maute Group, which has linked up with the Abu Sayyaf, the Bangsamoro Islamic Freedom Fighters and the Maguit Group to make up the group calling itself “Da’wahtul Islamiyah Wailayatul Mastiq” or DIWM.  The group is believed to have 1,200 members, according to Sotto.

He called the move of Congress to extend martial law in Mindanao until Dec.31 as a “pre-emptive strike” against the DWIM, which he said could have been surprised by the extension of the proclamation.

Last Saturday (July 22), the Senate and the House voted in a joint session to grant President Duterte’s request for an extension of martial law in Mindanao until Dec.31.  The extension was granted, a day after his 60-day martial law proclamation covering the entire Mindanao expired.

The military continues to go after the ISIS-inspired group after taking over some of its strongholds in the now ruined city.

Before he talked to the Philippine Daily Inquirer, Sotto had told a radio interview on Sunday, that the plan of Maute and other groups to seize Zamboanga and Jolo schools and take the school children there as hostages were disclosed in “captured documents.”

Sotto also said in the same radio interview that he did not think the local terrorists would go to Luzon and Visayas because an intelligence report said Filipino terrorists who were asked to become suicide bombers refused to do so.

When pressed on the report of the planned seizure of Zamboanga and Jolo schools, the senator said he learned from sources of this plan last week or before the President met with some senators and congressmen in Malacañang.

“They (ISIS -inspired groups) planned to take over schools while the (elementary) students are there. So what will the government do? What should we do if they hold the children hostages?” Sotto said in a phone interview.

“They were targetting elementary students.”

Sotto said the groups were already prepared to execute the plan to hold schoolchildren as hostages but apparently this did not happen.

An incident in Jolo last week somehow confirmed the intelligence reports on terrorists’ plan to mount attacks in Zamboanga City and Jolo, the senator said. Sotto was apparently referring to the July 21 attack when Abu Sayyaf members stormed a sawmill and took two men there as hostages.

Of the DIWM, he said the group members were spread out in Sulu, Basilan, Zamboanga, Lanao del Sur, Maguindanao and Saranggani.

“They plan to establish a Daesch there, ” Sotto said.

Sotto added that President Duterte had told them he needed P20-25 billion to arm the military and police against the new terror group.

He said Mr. Duterte has asked Budget Secretary Benjamin Diokno to look for excess money in the current national budget so he could provide much needed government “arsenal” to fight the well-armed terror group.

“Because of the large number of our enemies, our bullet reserves are depleted. So we need a buffer to beef up our arsenal,” Sotto said.

Still, he said he believed the government would be able to wipe out this group before Dec.31 and therefore, the martial law proclamation could be lifted earlier.

Sen. Grace Poe, meanwhile, said the government should intensify its intelligence as the enemy has been engaged in guerilla-type warfare.

Poe said the government has so far reported that of the 1,200 enemies, 66 have been arrested; 400 have been killed whil 666 have remained unaccounted for.

“They may be in Marawi, they may be in nearby areas and in other parts of Mindanao,” Poe said in a radio interview on Sunday.  SFM