Troops ordered not to attack big mosque in Marawi 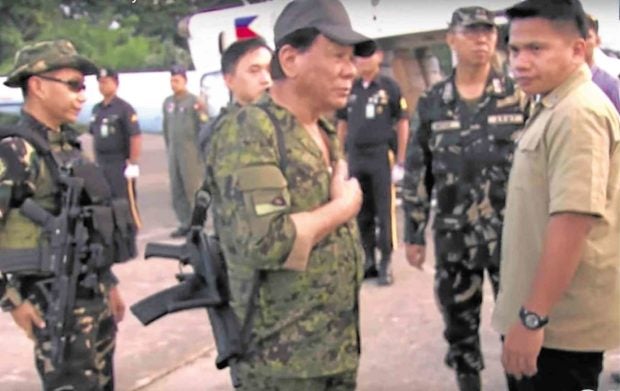 The battle for Marawi will soon be over but President Duterte has ordered the military not to assault a big mosque in the city where the terrorists are keeping around 300 civilian hostages.

The President said he was willing to “wait it out” even “up to a year” and that he also ordered the military to find a way to provide food for the hostages.

“The fighting in Marawi would soon be over. The one thing that’s stopping us now is the mosque. It’s a big one (and) it has underground tunnels. (It’s) not so much about that but they have 300 hostages,” Mr. Duterte said.

“I said we have to wait it out. I said do not attack. You can fire shots but it you launch an assault, they’re going to behead people there,” he said.

“It’s not important to me if they’re Moro, Christian or Vietnamese. (What’s) important is we do not want to kill people,” he added.

The President said it was the government’s “moral duty” to keep the terrorists’ hostages alive.

“So, even if it’s expensive…if you see someone running, you can open fire…but no assault there. Three hundred people. That’s 300 lives. if you have to wait there for one year, let us wait for one year,” Mr. Duterte said.

“But I said, give them food because there are people hungry there. Not bullets. Only food. Anyway, they are there as prisoners of the other side. It’s our moral duty to see to it that they live and that they are fed,” he added.