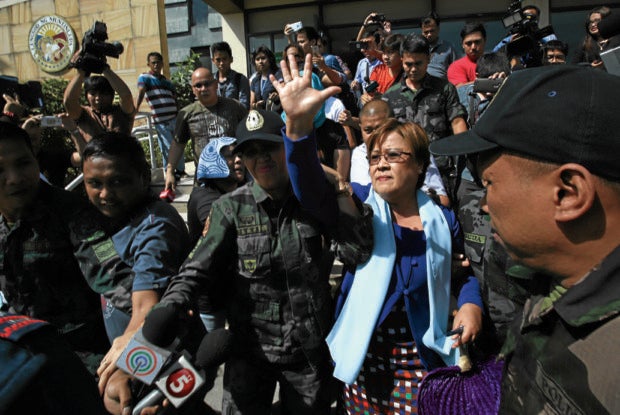 “The extension of martial law in the whole of Mindanao beyond another 60-day period is not only excessive, it is also unconstitutional. The Constitution does not contemplate that an extension can even go beyond the original period of 60 days,” De Lima said in a statement.

She also described Duterte’s proposal to extend the martial law declaration until December 31, 2017 as “egregiously excessive.”

De Lima, a former Justice Secretary, pointed out that the wording of Section 18, Article VII conveys the common sense understanding that martial law could not be extended beyond a second 60-day period, or a 150-day period until December 2017.

“This is all the more obvious if the conditions justifying martial law cannot be realistically projected to still exist in the entire months of August to December,” she said.

“This is nothing short of a pre-emptive martial law, a notion that is constitutionally infirm, if not downright unconstitutional and illegal.”

De Lima explained that any extended martial law must be anchored only on a continuing state of actual rebellion, and should not merely serve as a “psychological weapon to quell anticipated further attacks and other acts of violence.”

“Definitely it already smacks of authoritarian rule, when a President, even with his conscientious use of all intelligence information, cannot possibly predict if the conditions justifying military rule will continue to exist up to December,” she said.

“Only God can predict the future. Not even Duterte, who is considered a god by his sycophants, can predict if martial law will still be justified beyond September, the end of a 60-day extension.”

“This is why the Constitution only allows a 60-day period, and extendible for another 60-day maximum period, because not even a President can have the divine power of omniscience,” the senator added.

De Lima warned that such “pre-emptive” martial law might lead to a “creeping authoritarianism,” and not the maintenance of public order.

She then urged her colleagues in Congress to “seriously dig deep,” and not to “abdicate the grave duty and mandate” given to them by the people when they tackle the proposal in a joint session on Saturday.

“Unfortunately, it is more likely that my hopes and wishes will be in vain. Granting the extension is probably already a foregone conclusion, especially if the joint session would not turn out to be a critical inquiry on putting an entire island under a prolonged state of military rule,” said the senator. JE