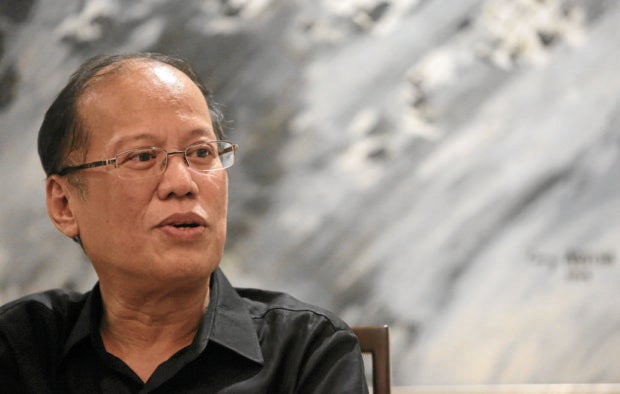 Former president Benigno Aquino III has appealed his indictment for graft and usurpation of authority for his alleged hand in the Mamasapano tragedy.

In his motion for partial reconsideration filed before the Ombudsman Wednesday, a copy of which was obtained by reporters Thursday, Aquino called his indictment a “misappreciation of facts and specious application of the law” that warrants its outright dismissal.

The former president added that he was not given the opportunity “to adequately address and refute the charges… prior to the issuance of the Assailed Resolution.”

“Worse, the Assailed Resolution was not only premised on highly inaccurate and flawed facts, but the legal conclusions drawn from these facts were patently erroneous and bereft of any merit,” Aquino said.

Aquino was also indicted for usurping authority in conspiracy with Purisima and sacked SAF commander Getulio Napeñas, who were earlier charged before the Sandiganbayan with graft and usurpation of powers for allegedly bypassing the chain of command.

Purisima and Napeñas’ usurpation indictment stemmed from their failure to coordinate with the military about the Mamasapano raid, which caused the delayed deployment of reinforcements as the elite cops were trapped in the crossfire with the fighters from the Moro Islamic Liberation Front, Bangsamoro Islamic Freedom Fighters, and other private armed groups.

But the Ombudsman cleared Aquino, Purisima, and Napeñas from the reckless imprudence resulting in multiple homicide and physical injuries complaint filed against them by the surviving kin of the slain SAF cops.

Ombudsman Conchita Carpio Morales said the firefight that erupted among the Moro Islamic Liberation Front, the Bangsamoro Islamic Freedom Fighters, and other private armed groups —  Aquino’s alleged negligence — was the proximate cause that resulted in the deaths of SAF 44.

In his appeal, Aquino lamented that he was not given the opportunity to refute his charges in his counter-affidavit to the reckless imprudence complaint against him, which did not cite his liability for usurpation and graft.

“In blatant disregard and violation of my constitutionally protected right to be informed of the nature and cause of accusation against me, the Assailed resolution charged me with offenses that are totally separate, distinct and different from the charges levelled against me in the consolidated complaints,” Aquino said.

This “deprived me of the opportunity to adequately defend myself and present facts and defenses that would squarely address the elements of the specific crimes I am now being indicted for,” he added.

Aquino said his indictment for offenses which he was not charged for “does not only go against the rudiments of fair play, but it is also the height of inequity and injustice.”

The former president also denied that there was a “conspiracy” between him and Napeñas and Purisima, adding that Purisima participated in the planning as a “resource person.”

Aquino maintained that as a chief executive, he has the power to use information from any person, whether suspended or not.

“There is nothing irregular, much less illegal, about my act of utilizing all the resources available at my disposal, including sourcing information and inputs from anyone – whether they are in active service or not,” Aquino said.

As to the Ombudsman’s finding that his exchange of text messages with Purisima showed he allowed Purisima in the operation despite the latter’s graft suspension, Aquino said no law prohibits him from asking questions to any person who might have information.

Aquino’s exchange of text messages also does not mean he directed Purisima to execute Oplan Exodus, especially because it was Napeñas who was the ground commander of the operation, he added.

“Purisima’s involvement as a resource person and his act of forwarding to me the messages of Napeñas cannot be construed as discharging official functions and thereby violating the order of preventive suspension,” Aquino said.  JE