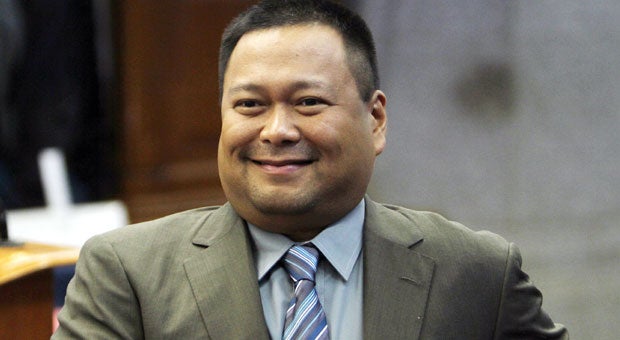 Senator JV Ejercito on Thursday said he is expecting that there will be no more delays in the construction and completion of the new MRT-7 railway project, which will connect Quezon City to Bulacan.

“One of the culprits as to why we are in this transportation crisis is due to the low infrastructure spending in recent years. In the past, we only spent 2% of the GDP (Gross Domestic Product) for infrastructure. But now as announced by DBM Secretary Benjamin Diokno, we will be spending 5% for this year, and in the coming years, we will be spending 6 to 7%. This is a very good sign for big ticket projects ahead, and that is why I am very expectant that there will be no longer any delays for the MRT-7 project,” Ejercito said during a Build, Build, Build (BBB) program at the Quezon Memorial Circle on Thursday.

Ejercito is the vice chairman of the Senate committee for Public Services and Public Works.

With at least 20,000 to 30,000 new cars added on the road every month, Ejercito said the public may “expect things to get worse before it gets better.”

The senator asked the public to understand and bear with the inconvenience that the railway project will bring.

“The more important thing is that we have started to build the railways,” he said.

“Sa katunayan, hindi na po makapag-antay yung bulldozer, panay na ang trabaho (In fact, the bulldozer can’t wait any longer, it now works overtime) . And that is a good sign that this will really go on without any more delays,” Ejercito added.

The senator emphasized that projects such as the MRT-7 would not only reduce traffic congestion but would also improve the quality of life in Metro Manila.

“I think this is the battle cry for Metro Manila,” he added.

Expected to be finished by 2020, the 22-kilometer elevated railway will have 14 stations from North Edsa (connected to MRT 3) to San Jose del Monte, Bulacan. JPV/rga