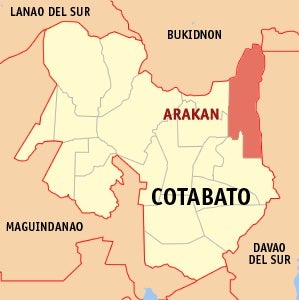 In an initial report released by military and police authorities, members of the Presidential Security Group (PSG) on two vehicles were on their way to Cagayan de Oro when fired upon at about 6:15 a.m.

The team led by a Staff Sergeant Lancheta was passing Barangay Gambodes along the Davao-Cagayan de Oro highway when attacked.

The ambush area served as a boundary for Davao City, North Cotabato and Bukidnon.

Balagtey said it was not yet clear to him where the PSG members were headed.

Pacleb said the President’s security men were on two vehicles – a Black Nissan and a White Ford.

He said there were only two wounded PSG members based on the report he got. They were identified as Corporal Rodel Ledesma and Staff Sergeant Gerry Torsal.

However, an intelligence source said four more presidential security men were wounded in the ensuing firefight with suspected NPA members, who numbered about 100.

Pacleb said he had ordered the Bukidnon police to set up checkpoints and to closely monitor developments.

“All vehicles passing the Davao-Bukidnon route were being held at checkpoints to prevent civilians from being caught in the crossfire,” the source said.

According to Argamosa, the PSG men were approaching a checkpoint manned by men in military uniforms when they stopped after doubting the identities of the armed men.

“They stopped before reaching it,” the official told the Inquirer by phone.

“Then there was an exchange of fire,” he added.

It was the second ambush incident involving the PSG since November, when armed men also fired on the President’s security men in Marawi City.

Seven PSG personnel and two soldiers were injured in the Marawi incident, which took place a day before Duterte was to visit the besieged city. With a report from Williamor Magbanua / CBB