Cordillera leaders race against time in pursuit of autonomy 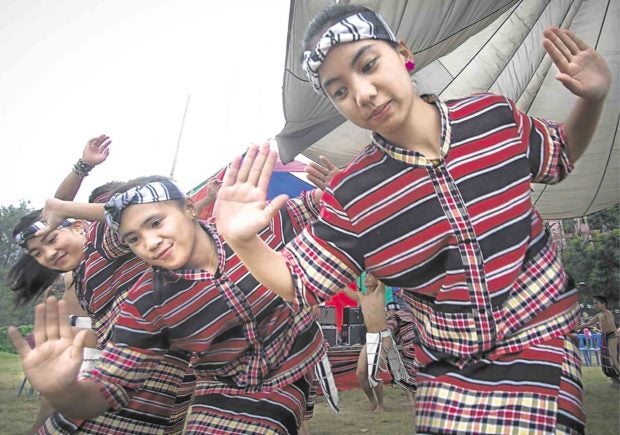 The future of the Cordillera is in its youth, who have been raised with a deep sense of value for their past. —RICHARD BALONGLONG

BAGUIO CITY — The rejection of two laws creating an autonomous region in the Cordillera in referendums held in 1990 and 1998 was not a failure but a “victory postponed,” according to one of the main movers for self-rule, slain rebel priest Conrado Balweg.

Achieving autonomy would have fulfilled the goals set by the ceasefire agreement between Balweg and former President Corazon Aquino, who issued Executive Order No. 220 in 1987.

That order drew together the Region 1 provinces of Benguet, Mountain Province and Abra, and the Region 2 provinces of Kalinga, Apayao and Ifugao under a Cordillera Administrative Region (CAR), which turned 30 years old on July 15.

Regional leaders have pursued a third autonomy law, the latest version being House Bill No. 5343 which was filed in Congress on March 20.

But these leaders believe they are now working against time.

Baguio Mayor Mauricio Domogan, chair of the Cordillera Regional Development Council, said the Duterte administration is “racing to shift from the presidential unitary form of government to a federal form of government.”

“It is a big possibility that the moment our Constitution is amended to achieve [federalism] and we have not attained autonomy, the provisions of Section 15, Article X of the 1987 Constitution which has given us the opportunity to become autonomous, will be deleted,” Domogan said in his state of the region address and economic briefing that were given on July 7.

Section 15 mandates the creation of autonomous regions for minority groups in the Cordillera and Muslim Mindanao.

Domogan said Cordillera leaders have been courting national government officials for the same legislative support granted to the still-pending Bangsamoro Basic Law, which would replace the Autonomous Region in Muslim Mindanao with a Bangsamoro region.

Like the first Cordillera autonomy law (Republic Act
No. 6766) and the second law (Republict Act No. 8438), the latest measure asserts the region’s right to self-determination by creating an autonomous region that has control over its resources. The measure also seeks a start-up subsidy of P75 billion spread over 10 years.

Only by becoming autonomous would “the territorial and cultural grouping of the six Cordillera provinces and Baguio City … be made permanent,” according to the National Economic and Development Authority (Neda).

But not everyone shares the need to rush a third law.

He said: “Initially, I felt we needed achievable timelines without necessarily restricting the campaign to a couple of years. Even if it takes years, for as long as the majority understands and embraces the concept of autonomy.”

“But now with the federalism proposal pushing forth, there’s a race to have autonomy accepted and approved through legislation and a plebiscite before federalism debates begin. While majority of the congressmen and governors have expressed our position that we want autonomy before federalism, we are apprehensive that autonomy within a federal setup might not turn out to be ideal,” he said.

Baguilat said there were proposals to lump an autonomous region of the Cordillera (ARC) again with Regions 1 and 2 to form a Northern Luzon state.

Neda attributed the rejection of the two autonomy laws to “lack of understanding and appreciation of what autonomy was all about as contained and explained in the two organic acts.”

But newspaper accounts from 1987 to 1990 said some autonomy advocates themselves ended up attacking the autonomy laws for misrepresenting their goals, contributing to their rejection.