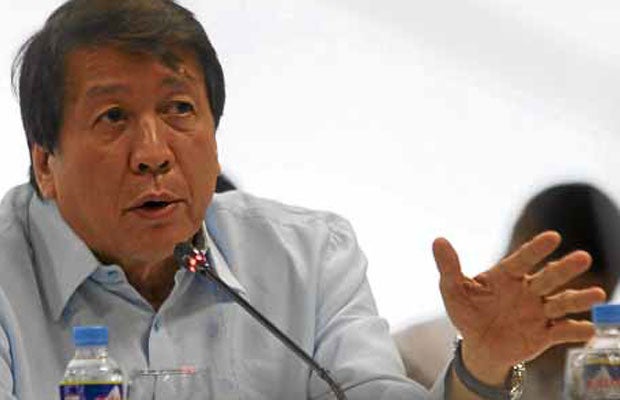 Congress will convene in a special session on Saturday, July 22, to tackle the extension of President Rodrigo Duterte’s martial law in Mindanao.

On Monday night Majority Leader Rodolfo Fariñas forwarded to reporters this message to all the House members for a special session: “The President will call the Congress to a Special Session on Saturday, Jul 22, 2017, at 9am, to consider the extension of Martial Law. See you, please! Thank you!!” Fariñas said in his advisory.

Duterte declared martial law over the whole of Mindanao last May 23, which under the Constitution’s 60-day prescription would lapse on July 22.

House leaders are now open to convening Congress to tackle the extension of martial law, although they earlier thumbed down calls to convene to deliberate on the report of the President when he first imposed martial rule in Mindanao.

READ: Alvarez says no need for Congress to convene on martial law report

Opposition lawmakers had questioned before the Supreme Court the refusal of Congress to convene and challenged the factual basis of the President’s martial law report, which they claimed was riddled with inaccurate reports on the Maute terrorists’ attack in Marawi City.

Speaker Pantaleon Alvarez and Fariñas earlier said would be the duty of Congress to listen to the report of the President and not the other way around – that is, for the President to listen to Congress before deciding whether or not to declare martial law.

READ: Congress should listen to Duterte on martial law – Alvarez

Fariñas did not say how long President Rodrigo Duterte would want to extend martial law or if it would continue to cover the entirety of Mindanao.

Earlier on Monday, Deputy Speaker Fredenil Castro said lawmakers would likely support an extension of martial law if “the basis for the proclamation is still there, the purpose of declaring martial law has not been accomplished.”

Fellow Deputy Speaker Gwendolyn Garcia said “the House has shown its full support and confidence in the wisdom of our commander-in-chief.

However, Ifugao Rep. Teddy Baguilat Jr. of the opposition Magnificent Seven bloc said the special session should be held earlier to better assess the basis of an extension.

“There should be time for us to be apprised by the [Armed Forces of the Philippines] or Malacañang of the situation in Marawi and the entire island of Mindanao before we even consider an extension,” Baguilat said.

He added that there should be enough discussion and martial law should not be “forcibly passed on the same day.”

“If AFP proves martial law helped and they just could not fully control the situation, I might even agree to it,” Baguilat said.

According to the 1987 Constitution, Congress can extend martial law declaration for a period to be determined by the legislature –  but only if the President asks for an extension.

Congress, if not in session, should convene within 24 hours following such proclamation or suspension without a need for a call.

The Constitution also states that, on declaring martial law, the President is required to submit to Congress within 48 hours a report on the martial law declaration.

Congress may then vote jointly, in a regular or special session, to revoke the martial law declaration. Only a majority vote is required, and the President cannot set aside the revocation.

But Congress did not convene to tackle the President’s martial law report, opting instead to meet in a closed door meeting with the military and the executive department about the situation in Marawi.

It then passed a resolution expressing support for the martial law declaration because it found no reason to revoke it. /atm