Palace: Duterte rape remark not a ‘joke’ but ‘sarcasm’ 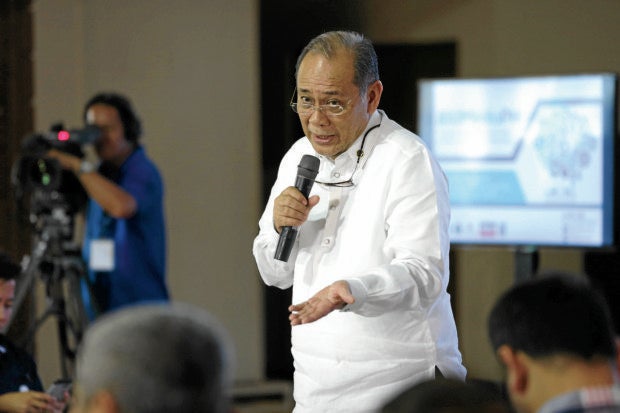 This was how Presidential Spokesperson Ernesto Abella viewed President Rodrigo Duterte’s latest rape remarks when he said he would congratulate a rapist “for having the balls” to commit the crime knowing he can die doing so.

“It’s a sarcastic statement. It was not a joke,” he added.

This was Duterte’s third time he received criticisms for his rape remarks.

“The majority of the people, especially the masses, really get him,” he said.

Last May 31, one of the President’s appointees to the Bangsamoro Transition Commission resigned after being offended by Duterte’s second rape joke when he said he would also go to jail for servicemen who committed rape.

Duterte’s first rape remark was during the April 2016 campaign period as he recalled the case of Australian Jacqueline Hamill who was raped and killed during his mayoralty years in Davao. Rogelio Nato, Jr., INQUIRER.net trainee/JE