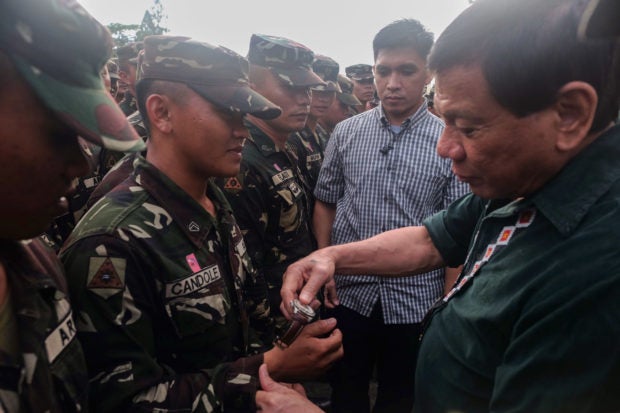 ZAMBOANGA CITY – President Duterte, in a brief visit to Jolo, Sulu on Saturday, awarded medals to soldiers who were wounded in a clash with Abu Sayyaf bandits.

The President pinned the soldiers with the Wounded Personnel Medal in a ceremony held at the headquarters of the Joint Task Force Sulu in Camp Teodulfo Bautista in Barangay Busbus in Jolo.

The soldiers were wounded in an encounter with an Abu Sayyaf Group under sub-leader Almujer Yaddah in Patikul town on July 8.

The President immediately left after awarding the medals. He also skipped the scheduled “Talk to the troops” session.  SFM