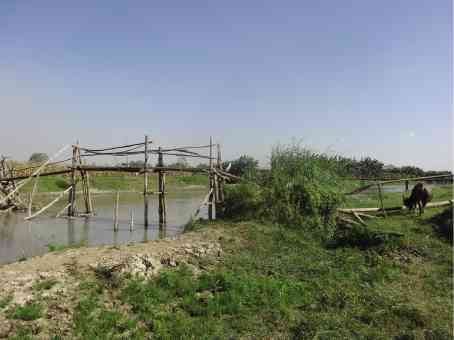 This Dec. 22, 2016 file photo shows the Tukalanipao footbridge in Mamasapano town in Maguindanao, which collapsed under the rampage of floodwaters.  The footbridge is the site of the bloodiest debacle ever suffered by the police in the anti-terror campaign. (PHOTO BY NASH MAULANA / INQUIRER MINDANAO)

MANILA — The House of Representatives should  revive its inquiry into the 2015 Mamasapano clash in light of the Ombudsman’s dismissal of the reckless imprudence complaint against former President Benigno Simeon Aquino III, a militant lawmaker said on Sunday.

Although the Ombudsman found probable cause to pursue related charges of graft and usurpation of authority, Bayan Muna Party-list Rep. Carlos Isagani Zarate called this a “downgrade” of Aquino’s offenses arising from the botched Jan. 25, 2015 operation that ended in the slaughter of 44 Special Action Force police commandos.

“These indictment still does not reflect the gravity of their offenses against the people in the Mamasapano debacle,” Zarate said.

He renewed his call for the House committees on national defense and security, public order and safety, and peace, reconciliation and unity to “further investigate significant issues unanswered and unresolved.”

House Resolution No. 491, filed Oct. 27, cited the extent of the United States’ involvement and participation in the ill-fated Oplan Exodus as among the sticking issues.

Zarate maintained: “There is more to this downgraded charges than meets the eye; we need to dig deeper so that justice can be duly served.”

Antipolo City 2nd Dist. Rep. Romeo Acop, meanwhile, was ambivalent regarding the strength of the graft and usurpation  charges being readied against Aquino.

“The prosecutors might be hard-pressed to prove it,” Acop said in a radio interview, pointing out that Aquino could invoke his discretion “being the chief of the executive branch.”

He stressed that he was not speaking in his capacity as chairman of the House committee on public order and safety. 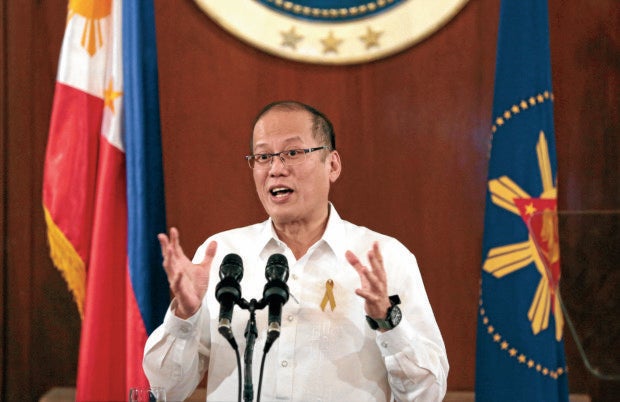 In this 2015 file photo, then President Benigno Aquino III delivers a message to the nation regarding the Jan. 25, 2015 Mamasapano clash at Malacanang. (INQUIRER FILE PHOTO / GRIG C. MONTEGRANDE)

Aquino is currently gearing up to file a motion for reconsideration appealing the Ombudsman’s findings.

To recall, the Ombudsman dismissed the complaint for multiple counts of reckless imprudence over the deaths of the 44 PNP Special Action Force commandos.

The July 14 resolution stated that Aquino could not be held directly liable for the deaths because their “proximate legal cause” was the “intentional act of shooting by hostile forces.”

The Ombudsman only found basis to pursue Aquino’s indictment in relation to his complicity in allowing his close friend, embattled Philippine National Police Director-General Alan Purisima, to take the reins of Oplan Exodus.

At the time, Purisima was under suspension by the Ombudsman pending investigation on a separate graft case involving the Werfast firearm license delivery deal.

Separately, the Department of Justice, in August 2016, ordered the indictment of 90 respondents, allegedly belonging to the Moro Islamic Liberation Front, splinter group Bangsamoro Islamic Freedom Fighters and various private armed groups, for the complex crime of direct assault with murder.

The cases only covered the deaths of 35 members of the 55th Special Action Company, the blocking force decimated in a cornfield at Barangay Tukanalipao, Mamasapano town.

A replacement law still based on the peace agreement was drafted under the current Duterte administration and is scheduled to be presented on July 17 to Congress.  SFM