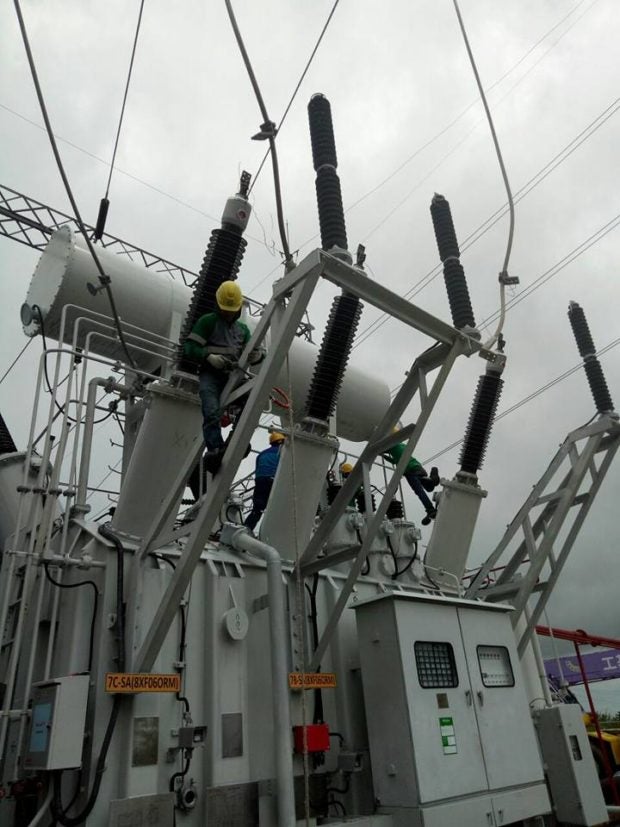 The National Grid Corporation of the Philippines announced on July 13, 2017 that it has energized the two transformers of its Ormoc City Substation and it has started to undergo tests preparatory to receiving electricity from the Energy Development Corporation. (Photo from the Facebook page of the NGCP)

ORMOC CITY — Residents in Leyte and the rest of Eastern Visayas have to wait until the end of the month before electricity is fully restored.

Energy Secretary Alfonso Cusi told President Duterte during a briefing here on Thursday afternoon that full power restoration would be made by the end of July based on the briefings given to him by the Energy Development Corp. (EDC) and the National Grid Corp. Philippines (NGCP).

But starting July 16, he added, 40 megawatts would be released to the Visayas grid and another 90 MW by July 19.

The region has been reeling from the blackout which, according to the National Economic Development Authority regional director Bonifacio Uy, resulted in daily economic losses of at least P300 million.

Cusi earlier promised that power would be restored by July 17 after the EDC expected that repairs on their geothermal power plants in Ormoc City, would be completed 10 days after a magnitude 6.5 earthquake shook Leyte on July 6.

EDC earlier planned to bring back the delivery of 317 MW by July 16 – about half of the aggregate capacity of 625 MW from its geothermal power plants, which include the 180-MW Mahanagdong plant, 213-MW Malitbog plant, 120-MW Mahiao plant, and the 112.5 MW Tongonan plant.

President Duterte arrived in this quake-affected city at 4:36 p.m., almost three hours later than his scheduled arrival at 1:30 p.m.

He was with several Cabinet officials who briefed him on the relief assistance given by government agencies in Ormoc and Kananga town, which were badly hit by the quake.

Mr. Duterte was happy with the government’s response.

“I am satisfied with the intervention of the government here after the earthquake. You have shown to the people that they have a functioning government and ready to serve our people. Corruption has no place in my government, never,” he said.

The President directed Budget Secretary Benjamin Diokno to hasten the release of funds for the immediate repair of damaged public structures.

Mayor Richard Gomez expressed his gratitude to the President for visiting his city, saying Mr. Duterte’s presence has boosted the people’s morale and sent the message that the government would always be there to help them recover from the disaster. 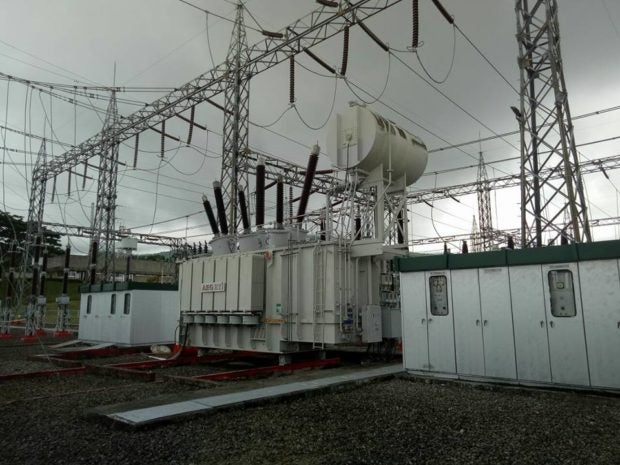 The National Grid Corporation of the Philippines announced on July 13, 2017 that it has energized the two transformers of its Ormoc City Substation and it will hopefully soon be able to receive electricity from the Energy Development Corp. (Photo from the Facebook page of the NGCP)