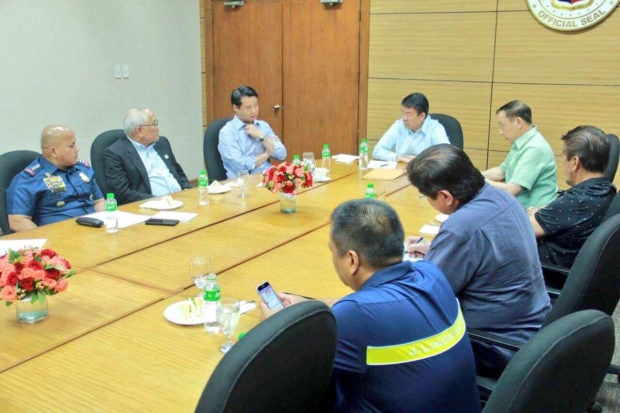 In an ambush interview before the briefing, Pimentel said it was Cuy who requested “for an opportunity to brief (him) about the Marawi law and order situation.”

When asked earlier to assess President Rodrigo Duterte’s first year in office, the Senate president expressed concern over the rise in the killings.

Pimentel said the PNP leadership should address the delay in solving thousands of murder and homicide cases since the drug war started in July last year.

In a Twitter post, Ejercito shared photos of the meeting and said the Senate will be working to strengthen the anti-terrorism capability of the PNP in the coming budget season.

Will be working to strengthen the anti-terrorism capability of the PNP this coming budget season. Terrorism is a worldwide problem. https://t.co/th2jeTlzwv

The senators will also call for a security briefing from police and military officials to discuss the situation in Marawi City before the 60-day martial law period lapses on July 22.

The briefing might be scheduled any time this week, said Pimentel. IDL