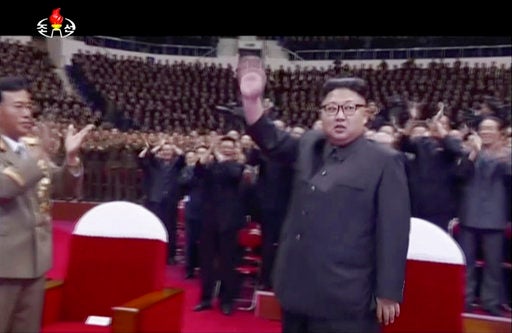 This image made from undated video of a news bulletin aired by North Korea’s KRT on July 10, 2017, North Korea’s leader Kim Jong Un waves to the audience in Pyongyang. (KRT via AP Video)

Leading the bill at the concert was the Moranbong Band, an all-female ensemble that was hand-picked by Kim and serves as something of the “soft” face of his regime.

Pyongyang has been the scene of a slew of special events to mark the July 4 launch of Hwasong-14, which is believed to be capable of reaching most of Alaska and possibly further.

The concert, played before a packed crowd, many in uniform, also featured dancing.

Clips of it shown on North Korean television on Monday showed the crowd repeatedly cheering and applauding for Kim./rga 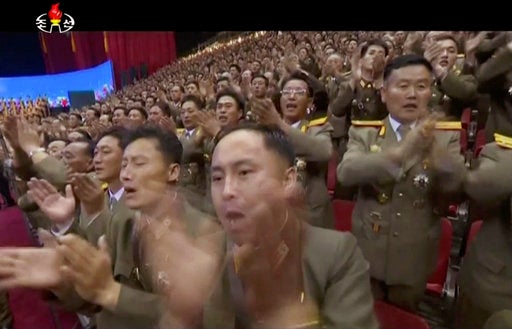