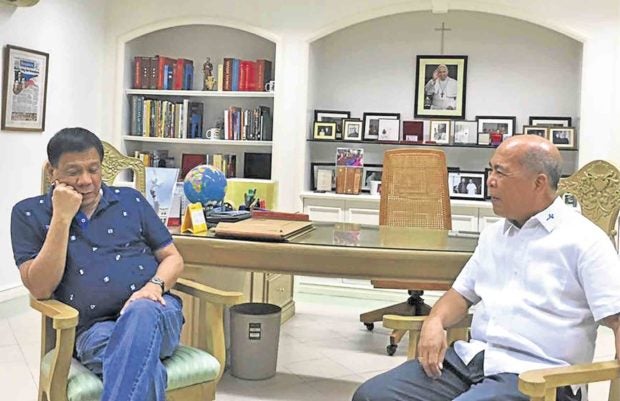 Malacañang on Sunday lauded the election of Davao Archbishop Romulo Valles as the new Catholic Bishops’ Conference of the Philippines (CBCP) President, which could pave the way for a more open dialogue between the church and government.

In a statement Sunday, Presidential Spokesperson Ernesto Abella said the election of a bishop from Davao city “signals a new day of peace for a multi-cultural Philippines.”

Valles was elected Saturday during the body’s second plenary assembly for this year.

The election of an archbishop from Mindanao could signal better relations between the Catholic Church, which has criticized the administration’s drug war, and the President, who called the church a hypocritical institution and even claimed he was molested by a Jesuit priest when he was young.

Abella said Valles’ Catholic service in Mindanao for four decades means he knows well the terrain in the region, which could help the government in promoting interfaith dialogue to rebuild strife-torn Marawi city, which was attacked by the terror group Maute.

“His familiarity with Davao and Mindanao would augur well for the country as we promote interfaith dialogue and intercultural understanding as part of our efforts to rebuild Marawi and to transform Mindanao into a land of fulfillment,” Abella said.

Abella said the election of a Davao bishop to the CBCP could help promote a more open dialogue and cooperation between the church and the government.

“Our warm congratulations to Archbishop Valles as he leads the Catholic faithful in the country, towards developing a deeper spiritual life and for the Church to have a more open dialogue and cooperation with the government, especially in working for the poor and the marginalized,” Abella said. JE/rga