House Speaker Pantaleon Alvarez said on Saturday he would push Congress to extend martial law for five years, spanning the remainder of President Rodrigo Duterte’s term, to give the country’s leader time to eradicate terrorism and insurgency in the troubled region.

“If I can convince my colleagues, I will push for an extension until 2022, because two months is too short. Five months or one year or two years is too short,” Alvarez said in an interview with the Inquirer.

Mr. Duterte has said he had no plans of lifting martial law, unless security authorities told him the situation in Mindanao was no longer critical.

The President placed the entire Mindanao under martial law on May 23 following the siege of Marawi City by militants from the Maute group and its Abu Sayyaf allies. Both terror groups have sworn allegiance to Islamic State (IS).

“No,” he said, when asked by journalists on whether he would lift martial law before his second State of the Nation Address (Sona) on July 24.

“I consulted the [military and the police] and [they] said it was critical,” the President said on Friday in Davao City. “It will be the Armed Forces and the police who will say if it’s no longer critical.”

He said he did not have his own “independent study” of the situation in the South. 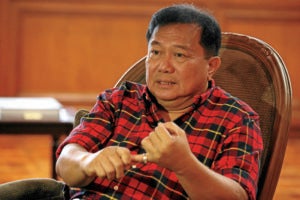 “I just have to rely on the word of the Armed Forces and the police because they are the ones keeping this republic healthy and alive,” he said. “When they say it’s no longer dangerous and everything is okay, then that is the time that I will lift martial law.”

Brig. Gen. Restituto Padilla, spokesperson for the Armed Forces of the Philippines, said the military would assess the security situation in Marawi and other parts of Mindanao before making any recommendation to the President.

“This assessment and study is still ongoing,” Padilla told reporters on Friday. He said Mr. Duterte wanted the AFP recommendation on his desk before the end of the 60-day martial law period.

Under the Constitution, martial law could be imposed for 60 days, unless extended by Congress. Mr. Duterte’s Proclamation No. 216 will expire on July 22, before he delivers his Sona.

“For me,” Alvarez said, “if the President asks for an extension, my personal position—not the position of the House of Representatives—is, as a Mindanaoan, I want to extend it until 2022.”

“Why? To stop this thing. This is not just Isis, there’s also the rebellion of the NPA that’s more than 40 years,” the Davao del Norte congressman said, referring to the IS and to the communist-led New People’s Army.

The Constitution states that Congress, upon the initiative of the President, “may extend such [martial law] proclamation or the suspension [of the writ of habeas corpus] for a period to be determined by the Congress, if the invasion or rebellion shall persist and public safety requires it.”

Asked if he favored expanding martial law to cover the rest of the country, Alvarez said this would need to be discussed.

“Let the executive declare it first, then we will look at their grounds,” he told the Inquirer. —With a report from Philip C. Tubeza