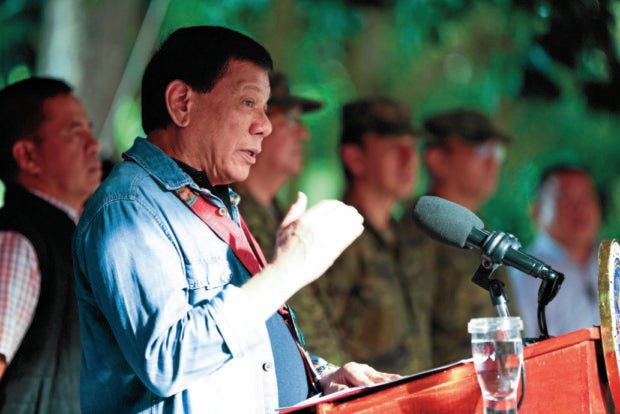 President Rodrigo Duterte has pardoned 10 political prisoners, including a peace consultant of the National Democratic Front of the Philippines (NDFP).

Documents released by Malacañang showed the names of the 10 inmates who were granted conditional pardon and were released from prison on Thursday.

The release of the political prisoners detained at the New Bilibid Prison is part of the fulfillment of Duterte’s promise in pursuing the peace negotiations with the communist movement. 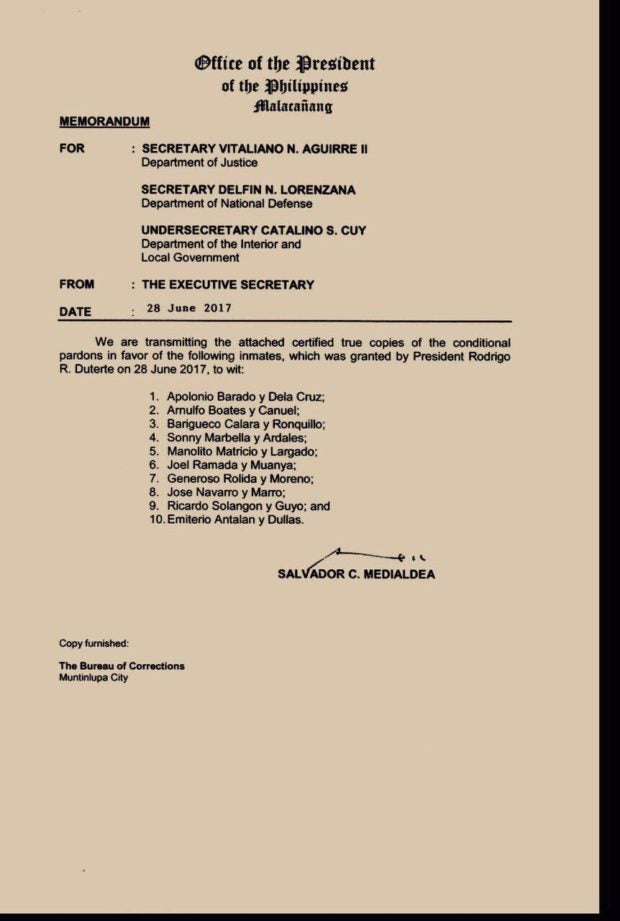 The President  said in his previous speeches that he would grant amnesty and pardon to political prisoners in the country especially the sick and the elderly.

“This is good news for their families, friends and supporters who have witnessed how their loved ones have been wrongly convicted for trumped-up charges and have endured unimaginable injustices throughout their years in jail,” said Karapatan secretary general Cristina Palabay.

Bayan Muna Representative Carlos Zarate, who is a long-term ally of Duterte, said the release would create a better condition for the continuation of the negotiations.

“This is a positive gesture and bodes well for the continuation of the peace negotiations. We hope that the other political prisoners would also be freed soon,” Zarate said.

Zarate, who is the vice chair of the House Committee on Peace, Reconciliation and Unity, however warned the Duterte should keep a wary eye on the alleged “militarists” in his administration.

Zarate urged Duterte to “give primacy to the success of the peace process and not heed the pro-US militarists like Defense Sec. Lorenzana, National Security Adviser Esperon and AFP Chief Año, who are sabotaging the peace negotiations.”

“These militarists should instead be fired for bungling the situation in Marawi and for pushing for the declaration of Martial law in Mindanao,” Zarate added.

Meanwhile, NDF chief negotiator Fidel Agcaoili said that a significant number of political prisoners remain in jail despite the earlier commitment of Duterte for a general amnesty.

“It is just a fraction of the 409 political prisoners still in detention whose liberty was supposed to have been given through general amnesty as offered by PRRD on 16 May 2016 as part of the package to resume the peace negotiations with the NDFP,” Agcaoili said.

Agcaoili also shared that this batch of release was originally “volunteered” by the government panel for the Christmas season last year.

Negotiators from both panels are set to meet this month for backchannel talks to discuss the proposed ceasefire and how to move forward and proceed with the fifth round of talks.