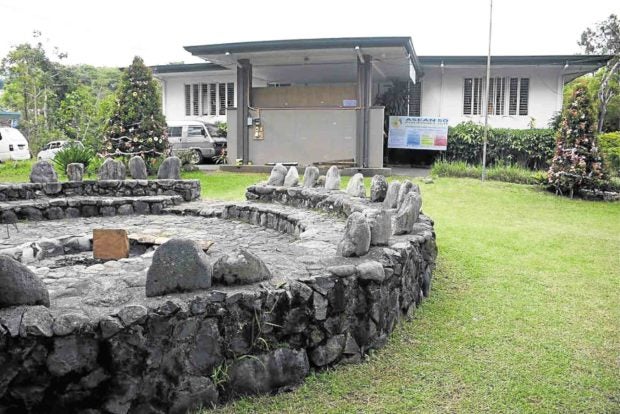 SUMMER COTTAGE The former Cordillera House in Baguio City is now the Philippine Information Agency office in the Cordillera. The building will soon become the summer cottage of the Executive secretary. —CONTRIBUTED PHOTO

BAGUIO CITY—Executive Secretary Salvador Medialdea has taken the guest house across the presidential Mansion here as his office’s official summer cottage, joining other Cabinet secretaries who have official Baguio residences.

The guest house now serves as a media center and the Cordillera office of the Philippine Information Agency (PIA).

It used to be known as the Cordillera House, where former rebel priest, Conrado Balweg, stayed after he agreed to a ceasefire with then President Corazon Aquino 30 years ago.

A May 23 memorandum signed by Deputy Executive Secretary Rizalina Justol directed the PIA to leave the office by August.

She informed PIA Director General Harold Clavite of plans to rehabilitate and turn over the house in Barangay Lualhati to the office of the Executive secretary.
The village where the Mansion stands hosts the summer residences of the Vice President, the Senate president and the House speaker.

The compounds of the Supreme Court and the Court of Appeals, where the justices hold their summer sessions, as well as their official residences are located in the city.

But there is no summer house for the executive secretary until now.

President Duterte first stayed at the Mansion on
Feb. 19 this year when he attended the alumni homecoming of the Philippine Military Academy.

Following that visit, the Office of the President’s property inventory team inspected the Cordillera House and reported it required “major renovation, improvement and refurbishment,” according to Justol’s memorandum.

Areas around the Mansion are also the subject of a land dispute with an Ibaloy family that was granted a certificate of ancestral land title (CALT) that encroached into the Mansion and Wright Park.

The CALT had been contested in court and was among the titles which the National Commission on Indigenous Peoples had investigated for alleged anomalies. —VINCENT CABREZA