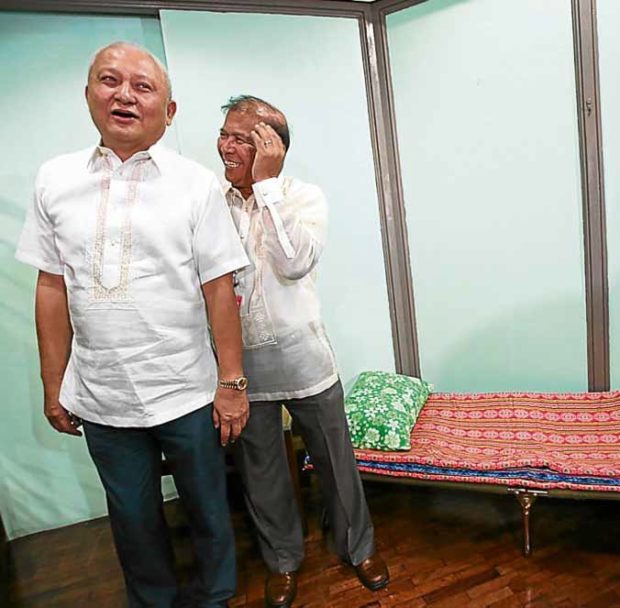 Rep. Johnny Pimentel (left) and House Sergeant at Arms Roland Detabali present a room at Detabali’s office which they said would be where Ilocos Norte Gov. Imee Marcos would be detained if she snubbed a House summons. —NIÑO JESUS ORBETA

The country’s oldest association of lawyers has joined the legal community in rallying around the Court of Appeals (CA) in its continuing standoff with the House of Representatives over the detention of the so-called “Ilocos Six.”

The Philippine Bar Association (PBA) called on the House leadership to recall the show-cause order issued by the House committee on good government and public accountability against the three justices of the appellate court’s Special Fourth Division.

In a statement signed by PBA president Fina Bernadette dela Cuesta-Tantuico, the group said the warning of the House to cite the three CA justices in contempt would only “risk damaging our judicial institutions and substituting tyranny for the rule of law.”

“We must defend as sacrosanct the constitutional principles of separation of powers and judicial independence,” the group said.

“To now seek to punish the three justices who were merely performing their sworn duty to inquire into the basis of confinement or detention devalues the writ and imperils the zealous protection of individual liberty,” they added.

Legal luminaries and members of the legal community have been expressing their support for the embattled justices—Associate Justices Stephen Cruz, Edwin Sorongon and Nina Antonio-Valenzuela—after Speaker Pantaleon Alvarez threatened to dissolve the appellate court for siding with the detained Ilocos Norte executives and employees.

The six have been held by the House Sergeant at Arms Office since May 29 after they allegedly refused to answer questions during the House inquiry into the supposed anomalous purchase of P66.45-million worth of vehicles by the provincial government led by Gov. Imee Marcos. 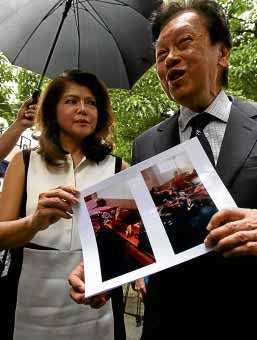 Chief Justice Maria Lourdes Sereno and CA Presiding Justice Andres Reyes Jr. had also issued a joint statement urging the House to withdraw its decision as they raised their “deep concern” on its “implications on the separation of powers and judicial independence.”

House leaders on Monday said Ilocos Norte Gov. Imee Marcos could do her job online while in detention at Batasang Pambansa should she decide to snub the House inquiry into the province’s alleged misuse of tobacco tax proceeds.

House good government and public accountability committee chair Rep. Johnny Pimentel on Monday took reporters on a tour of Marcos’ “hypothetical” detention room at the extension office of Sergeant at Arms Roland Detabali on the third floor, fronting the rooftop of the main building’s South Wing.

The air-conditioned facility, which Pimentel said was roughly 70 to 80 square meters in size, has a reception area and a private area separated by a partition. There was only a metal cot with a mattress—which Pimentel said Marcos could replace with her own bed—a table with monobloc chairs and an electric outlet in the room. Beside the room is a bathroom with a hot shower currently being repaired.

The “hypothetical” detention rooms for the three CA justices who ordered the release of the so-called Ilocos Six provincial officers is found at the third floor of the building’s North Wing just a short walk away, which used to house the Congressional Spouses’ Foundation Inc.

Although he showed reporters around, Pimentel was tentative in threatening Marcos and the justices with arrest.

He appealed instead for the governor to “please attend the hearing.”