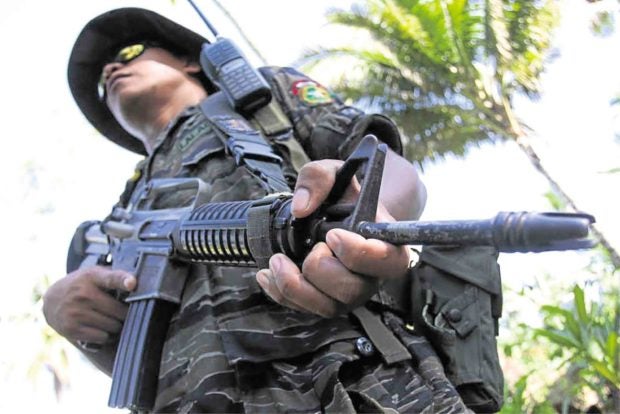 DAVAO CITY — Members of a Moro rebel group covered by a truce with the government had approved a set of procedures that formalized their role in the Duterte administration’s war on drugs, signing an agreement to arrest drug suspects in rebel camps and turn them over to government law enforcers.

Ahjag is a body that monitors law enforcement operations in rebel areas or involving rebels with the main objective of preventing unnecessary clashes between rebels and soldiers.

“The partnership aims to produce optimum results in the war on drugs,” said Cuy, a retired police general.

The protocol is key to preventing “misencounters,” he said.

In Maguindanao, Lapeña said drugs are rampant in 366 of 509 villages, or about 72 percent. In Lanao del Sur, including Marawi City, at least 313 of 1,059 villages are drug-influenced, he said. The two provinces are part of ARMM. —Frinston Lim